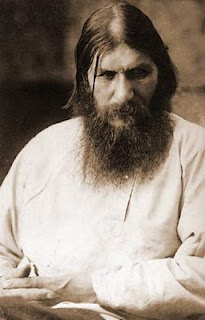 Before the discovery of electricity, no one would have believed that it would be possible to do the things we take for granted today. Imagine if Edison had thought that he was electricity!! I think that is what happened to Rasputin. Rather than knowing he had a gift and had tapped into a mighty force, he thought he was that force. He was not a black magician, nor a saint, nor a sinner. He was simply a man who became bloated on something that wasn't his, and it backfired on him.
Posted by Christina at 23:29