"All In the Mind" 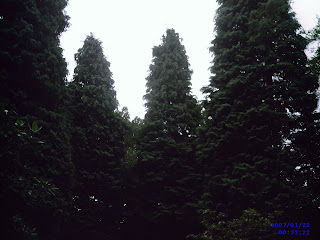 A quite common occurrence (which I have several times witnessed) when people are close to the end of their earthly life is the seeing of someone close to them coming to take them 'home'. The last words of Princess Alice, Grand Duchess Hesse, were "Dear Papa...." on the anniversary of his death and I have no doubt whatsoever that he came to meet her as she passed from this life. An equally common occurrence is that of recently bereaved people who see or in some way experience the recently departed person (or animal) coming to say goodbye or sending a comforting sign that all is well.

Many times these phenomena are dismissed by logically-minded thinkers as simply a means by which a person who cannot cope with loss finds comfort - the work of the brain, or still more dismissively 'all in the mind'.

The question immediately arises as to what is meant by 'all in the mind'. And the inadequate answer received is, "the subconscious protecting you..."
But what is the subconscious? The murky area that logical minds cannot reach....

Yes, indeed, things are 'all in the mind' but then the mind has avenues that logical thinking knows nothing about. Caverns and splendours that cannot be reached by scientific thinking alone, lead us through pathways that science hasn't even begun to charter because they cannot be measured by statistics or recorded by instruments. The dismissive comment of something being 'all in the mind' seems to me to be the frightened response of a mind that has built walls around itself to keep itself safe - a sort of self-imposed prison.

Shakespeare expressed it so perfectly in "Hamlet": "There are more things in heaven and earth, Horatio, than are dream'd of in your philosophy."

And I've included a lovely picture of some trees at Temple Newsam because trees often seem wiser than humans....to my mind!!!
Posted by Christina at 23:19