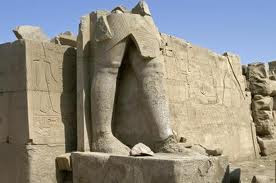 There sometimes seems to be a fairy tale which we haven't outgrown. In a fairy tale there are heroes and villains and everyone wants the hero (or the victim princess) to win and the villain to get his/her comeuppance. We're brought up on this idea from the wicked fairy in the Sleeping Beauty, to the Ugly Sisters in Cinderella and the manipulative Rumpelstiltskin (who actually made a fair deal and was cheated out his winnings!). Things are black and white and everyone fits the template.

The danger is that it detracts from the depths and many facets of each person and leads to a complete toppling of them from a pedestal which they had never asked for. In Victorian times, a few people were raised as great heroes: Gordon at Khartoum, Florence Nightingale, Baden-Powell, Lawremce of Arabia, Kitchener and many more whose statues grace the streets of London and elsewhere. As a child, I read of these people as brave heroes and later saw programmes or read articles which aimed to completely destroy the myth about them as some kind of super-human beings (like the shattered Ozymandias in the picture). This is why I so dislike the idea of canonisation. The moment someone is set up as an ideal character, someone attempts to turn them into a plaster cast ideal and along comes someone else to point out their flaws and topple them from that pinnacle.

Recently, after a relatively few years of people admiring the courage and sanctity of Grand Duchess Elizabeth of Russia, much has been written about her flaws and attention is drawn to that. It's another knocking off a pedestal on which I don't believe she ever wanted to stand and I have never perceived her as a saint or as a sinner - though I greatly admire many aspects of her character, love her hidden warmth and her response to events. The same is undoubtedly going to happen to Karl of Austria; the same is already happening around John Henry Newman. The reason the Tsar and the Imperial Family was murdered was because someone idolised them, and then felt let down by them. They didn't ask to be someone else's excuse for his/her own failure - they were just doing the very best they could and became the scapegoat for the unhappiness of the masses.

I think it's because there is no template of what is 'perfection' or saintly. In a garden there are countless flowers and weeds, all growing as they grow, not trying to fit another plant's pattern; in fields of animals, there are all different and individual versions of that species, and none of them seems to care how they look in comparison to the others. Only among humans do we create heroes and villains and, while we are all quite happy to see ourselves as way above our villains, nothing seems to be more satisfying than to topple a saint/hero from his/her pedestal.

I think all of the people of the past - those I admire, and those I do not like - were doing the best they could in their own circumstances. They didn't ask to be saints or heroes or anything of the sort, any more than the villains intended to be villains. They probably knew their own flaws better than anyone else could, and I think it is better to observe and love and learn from all of them and recognise that they really were paving the way to new ideas and new aspirations. For that, I am very grateful. Pedestals and statues make me smile - it's lovely to see people honouring others' achievements - and it's lovelier to attempt to understand than to idolise or condemn.
Posted by Christina at 23:51