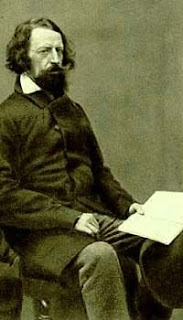 The rest of this post has been temporarily removed due to an agreement re. the recent publication of my book "Queen Victoria's Granddaughters 1860-1918".
Posted by Christina at 23:28

We have a new webiste about Tennyson and his visitors at that special time during his stay on the Isle of Wight http://www.lordalfredtennyson.com

Thank you for your link! It's a beautiful site and I will link to it on our other blog :-)