A slightly belated HAPPY NEW YEAR to you! 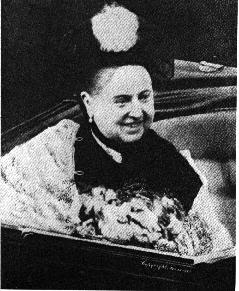 I wonder why, whenever there are documentaries on TV about the royalties of the past, they seem to go out of their way to denigrate these people and present a biased opinion. Over the past three evenings, the BBC aired a documentary series: Queen Victoria’s Children, which, rather than concentrating on the wonderful things that many of these children achieved, focussed totally on what an appalling mother the ‘talking heads’ on the programme conceived the Queen to be.


Of course, it is well-known that the Queen Victoria was very needy and her behaviour towards her children was not ideal but this programme repeated over and over again phrases such as ‘domestic tyrant’, ‘pathological’ and ‘control-freak’ in describing Queen Victoria. It also took many of her written words out of context and presented a very dark view of her, implying that all her children were unhappy and in a constant state of rebellion against her. She and Prince Albert were presented as totally absorbed in each other to the detriment of their children. Nothing was said in favour of the Queen and so it became a very mean-spirited series.


I don’t deny that she had countless shortcomings as a mother and was one of the neediest people in history, but there was no attempt to understand that or explain her motives, nor did the programme say anything about her kindnesses or how she would write something on the spur of the moment, and later relent. A few things were also very unjust e.g. ‘she had her children beaten’ – well yes, we know that is cruel and awful but it was common practice. ‘She saw them only twice a day but could always make time for Albert’ – she spent more time with her children than the majority of royalties of the time did, and of course she made time for Albert because he was hugely involved in her work as Queen! Also it was stated that the children all had arranged marriages and that is a blatant untruth. While, of course, according to the mores of the time, it was important to find suitable ‘partis’ and make appropriate marriages, none of them was forced to marry against his/her will. Vicky was extremely young, but they didn’t just pack her off to a loveless marriage (as did many other royal parents at the time). Nor did the programme mention how Queen Victoria went out of her way to find a loving wife for Leopold because that what was he wanted; and the same was true of Lenchen. The documentary also said that the children were raised with a strong awareness of their own position (as though they were superior) but said nothing of the fact that the awareness of their position – in Prince Albert’s eyes particularly – meant they must be aware of the responsibility that accompanies privilege. Absolutely, Queen Victoria was a complex and demanding mother, but there are many examples of the genuine love she had for her children. What’s more, although she and Albert made mistakes, they were almost unique in their wish to ‘do the right thing’ for them and for the country.


Several times on other documentaries recently, I have heard Prince Albert described as ‘a bore’ and ‘a prude’. This is quite staggering, considering the extent of Prince Albert’s interests! He was an artist, musician and composer with a strong interest in engineering and science, as well as a tactful diplomat who smoothed over many disputes between politicians, and had a very strong social conscience and went out of his way to improve housing and working conditions for the poor. Moreover, whether or not his treatment of his children meets modern ideals, he spent a great deal of time with them and loved them deeply. His daughters were educated beyond what was common for the princesses of that era; he encouraged his tomboy daughter, Lenchen, to ride fast horses because that brought her joy, and he taught his children himself. He was a Renaissance man but because he didn’t like frittering his time away in ballrooms, was faithful to his wife, and didn’t have numerous affairs, he is viewed as a prude and a bore? He was hardly prudish, considering the works of art he often exchanged with his wife! And he was hardly a bore when he could converse on such a wide range of subjects!


I do wish that, if they must present these documentaries, they would at least present an opposing view to show these people in a truer light!
Posted by Christina at 16:44

I agree absolutely. Big surprise: Victoria wasn't a perfect mother! She was needy! She was devoted to her husband! I could make a long, long list of the mothers I've known throughout my life who were similar to or worse than Victoria in their neediness, or were otherwise 'flawed.' All parents are 'flawed' because they're human beings!!!

You know, though, that the royalty and other families in the limelight have endured this parsing of their virtues and vices for a long time. Down through the generations, the general populace has cherished a blighted misconception wherein it holds these royals to a higher, almost inhuman standard. Time and time again it has been disappointed in this regard, but it never lets go of that standard.

Thank you very much for your comment, Jan. I agree with you that royalties (often against their own wishes) have been held to a superhuman standard...and it amazes me that so many people seem to revel in finding the worst aspects of people and magnifying them! I wonder how many of us would come out as perfect if our lives were placed under the microscope!
Thank you for commenting :-)

I fell asleep towards the end of this 'beauty'. Arrogant talking heads, who are more interested in
in whatever impression they are trying to create than getting underneath their subjects and
presenting balanced comment leave more than a lot to be desired. As a slag fest, I give this
an A+.

Thank you, Tess! I don't think you missed much by falling asleep before the end. It continued in the same vein...

It's so frustrating to see such tendentious portrayals- I am all too familiar with them, as you know. :) Thank you for giving us a more balanced account!

Thank you, Matterhorn. I know you understand this frustration so well :-)

I also watched this series and was very disappointed by the one-sided way they portrayed Queen Victoria. I found myself asking, "What gives these people the right to be so judgemental and why do we see the same old talking heads spouting on every programme?" Just because a university has awarded a qualification or had a publisher accept their book, doesn't mean that someone is an 'expert' - it just means they have fit into the system and say what they are expected to say. Personally, I prefer independent ideas and people who are able to take a more rounded view of historical characters...which, by the way, is why I so enjoy reading your blog.

Thank you, F.R. Partridge for your kind compliment :-). I can see I was not alone in being very disappointed by the programme. I greatly appreciate your comment!

Thank goodness! I thought I was alone in cyberspace thinking that this documentary series was a travesty!
I agree with your view on the documentary, Christina, and with the comments as well.
I have actually Googled and Amazoned the names of the talking heads on the three episodes (there were 18 of them!) and about half had never written anything to do with the monarchy. Something's rotten at the production company who produced this beauty, which is very odd because they also produced last year's excellent documentary, King George and Queen Mary, the Royals Who Rescued the Monarchy.
I write a blog on the British Monarchy and I linked your post to my entry on this embarassing documentary. I hope you don't mind. It's at http://happyandgloriousblog.blogspot.co.uk/. The only other critical review I could find anywhere was Julia Baird's at the Guardian (oddly enough).

Thanks for sharing your views. Perhaps we should start a support group, Ah!

Thank you, Alex, and thank you for your information about the talking heads! I have read your post on your blog, now, and I totall agree with you, too. It seems, from people with whom I have spoken, that many more of us agree about this. I am honoured that you included a link to this post and I have added your blog to the list on this site. Thanks again!