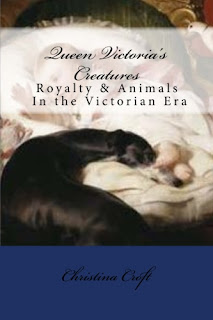 From a garrulous parrot who embarrassed an Archduke, to an injured fawn carried home in the arms of a Queen, animals featured largely in the lives of the royal families in the halcyon days of the European monarchies.
Disruptive dogs, bothersome birds, faithful friends, family pets, livestock and working animals all had their place in palaces, but while these were generally treated with respect and affection, princes saw no incongruity between wilfully slaughtering other creatures for sport.
Throughout the 19th century, hundreds of thousands of birds were shot for entertainment, and, as empires expanded, hunters were proud to exhibit their trophies of more exotic animals, whose heads and skins were boldly displayed on palace walls. This, too, though was the era of a growing awareness of the need to respect and protect our fellow creatures, and a number of royal voices were raised in defence of ‘our dumb friends’. One Queen purchased a large number of caged birds, solely to set them free; while a Duchess took in so many strays that the stench of her home became unbearable to visitors.
Sometimes amusing, sometimes tragic, the stories of all these animals are each, in their own way, deeply moving, and, perhaps, in the retelling, we, too, can be reminded of the message of Queen Elizabeth of Roumania:
“If man really imagines that he is the lord of the creation…surely he has, before all, a tremendous responsibility toward his inferiors and must, perhaps, some time give an account of the way in which he has treated these animals. If eternal retribution is a reality, if we are responsible, what shall we then suffer for the way in which we have treated God’s creatures.”
This book is dedicated to the thousands of unknown and innocent creatures who gave their lives for Man’s amusement, and the thousands more who continue to suffer such abuse today.
Posted by Christina at 10:29