The True Face of This Country - Not the Neanderthal Government! 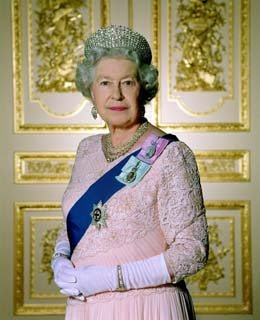 In a week of ugly politics and the last gasps of a failing government in which the British parliament has been compelled - quite rightly! - to wash its dirty linen in public, the most repulsive image, to my mind, is that of John Prescott's impression of Gordon Brown. Regardless of physical appearance - after all, John Prescott is anything but an oil painting himself! a case of the pot calling the kettle black! - that image that was all over the newspapers shows the way in which we have allowed ourselves to be dragged into the quagmire. The yob, binge-drinking culture that is so often presented as the picture of Britain today, is epitomised in that image. If a country is led by foul-mouthed, grasping, porn-watching or lap-top-throwing thugs, who can't even agree among themselves, how can we expect anything better from the young people of this beautiful place? As several M.P.s declared themselves ashamed of their political party, those responsible for this ought to be more ashamed of the image they are presenting to the world. Do they have any idea of the traditions of this country? Do they, while they stick their fingers into every pie, interfering in education, in medicine, in grasping every penny through tax; while they steal (really) from other people's money (inheritance tax, death duty, stamp duty, VAT on everything) have any idea of the brilliance of so many young people here today? Young people who seek role models and leaders who are upright, who don't abuse their position, who have something about them which so few members of this Cabinet - or perhaps Parliament as a whole - seems to grasp at all. No, of course, they have no idea. They are far too busy trying to remain in power.

Happily, out of the quagmire, there emerged a voice which instantly resonated with the entire nation! Joanna Lumley's quiet voice and perfect diction spoke right to the heart of the matter. With little more than a glance, she quieted those ego-centric voices and took them to the cleaners because she was speaking for someone other than herself. No wonder the vast majority of people with whom I have spoken, admiring both her style and her real 'class', and still more her commitment to a worthy cause, wish she could be Prime Minister!

Now, another image - the picture on this post. Comparing the quiet dignity of Her Majesty, the Queen, to the ugly, ugly image of a thug doing an impression of a megalomaniac...Whom do we want to represent England? What are we about? Well, I think the shady goings-on in Westminster shows the depths of 'something is rotten in the state...' but the reality is way, way beyond their petty understanding. Out pops a Joanna Lamely - and, more importantly, behind her the Gurkhas who nobly committed themselves to our Queen not a government or a grasping political idea, but to all the Queen represents; or Her Majesty, herself, who has served this country for over 50 years...Those who think they have power only see it implode on themselves. Those who have their own quiet dignity are the real face of this country. They represent the beauty, the dignity, the lives of those who don't appear in newspapers but who uphold the real values of this nation. They are young and old. They are of all different skin colours and many spiritual paths. They - we - are nothing like the thug-culture of our parliament, presented so succinctly by that gross impression of Gordon Brown, made by his friend John Prescott.

Crikey!! No wonder, with so many snouts in the trough, they brought in swine flu!!
Posted by Christina at 22:52