Not Born to Rule?

Doesn’t it seem a bit odd that the majority of the monarchs who reigned during the First World War had come to the throne either by ‘chance’ or rather sooner than expected? Most of them were not born as heirs, and those who had been prepared from childhood to rule, succeeded following the premature deaths of their fathers.

In Britain, George V had not expected to be king but the untimely death of 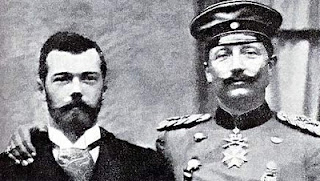 his elder brother, Albert Victor, led to his eventual accession. In Austria-Hungary, the aged Franz Josef only became Emperor when his uncle was forced to abdicate during the many upheavals of 1848. When Franz Josef died in the middle of the wa 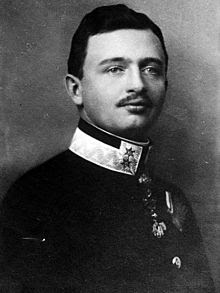 r, the crown passed to Karl, who would not have become emperor were it not for the suicide (murder?) of Franz Josef’s son, Rudolf, and the murder of Karl’s uncle, Franz Ferdinand. In Belgium, the deaths of his cousin, Leopold, and his elder brother, Baudouin led to King Albert’s accession; while in Italy, King Victor Emmanuel succeeded his assassinated father. Kaiser Wilhelm II and Tsar Nicholas II might have known from their earliest years that one day they would become emperors, but neither expected their fathers to die so soon. Wilhelm’s father reigned only for three months, while Nicholas’s father died rather suddenly at the age of only 49. The kings of Roumania and Bulgaria and were foreign ‘imports’ who were somewhat unexpectedly offered the thrones; while in Greece, King George I was a Danish prince whose murder led to the accession of son, Constantine; and shortly before the outbreak of war the war, the Serbian King Peter handed over authority to his son, Alexander, who acted as his regent.

Perhaps all of this has no real meaning but it does strike me as rather strange....

(For more about the royalties in the First World War, please visit the site: Shattered Crowns
Posted by Christina at 18:57

It IS strange, although I had never focused on this point before. The Habsburgs certainly had quite a string of tragedies before arriving at poor Karl. (Rudolf, Sissi, Franz Ferdinand, etc.)

I know King Albert always regretted his brother's death and remarked that Baudouin would have been the better king in every way. (I tend to think, though, that this was Albert's modesty speaking, more than anything else).

Thank you, Matterhorn. I guess that it shows that King Albert, (and most of the other rulers) realised the weight of responsibility and thought that someone who had been brought up expecting that might have been better prepared for it. It seems as though they all did their best and not one of those kings (excepting, perhaps, the Kaiser - and he liked to 'play' rather than be responsible :-)) really wanted that power and position, but they all took it on as a duty.