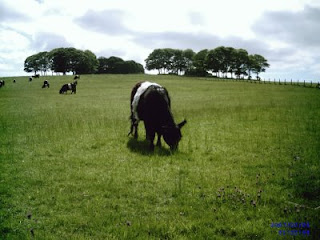 We hear so much about climate change. It used to be global warming but now it's been shifted to climate change, which is rather odd. The climate as anyone knows has repeatedly changed throughout millennia: the earth as we have known it is made of the various ages of the past from glacial rock formations to tropical rain forests. It just beggars imagination the way in which we have fallen for the recent lie that suddenly we are responsible for the fluctuations of Nature. It is still more staggering to hear that those who constantly rant about climate change, are the very same people who have no regard whatsoever for the beauty of Nature in all Her forms.

The same people who uphold the slaughter of beautiful animals, who do nothing to prevent battery farming and the abuse of other living beings, think it's alright to rule by releasing news items about various diseases, pandemics, terrorism or any kind of threat to terrorise the people into believing they need someone to take care of them and so will lie down and let themselves be governed, are those who hoodwink nations into the scam of taxes to pay for the prevention of climate change. Talk about setting yourself up as God! Bird flu, SARS, all kinds of 'illnesses' are released into the national consciousness whenever the government is at a low ebb. It says, "Oh, we all need to stick together and don't worry, we will take care of you, as long as you keep us in power!" These things come from the very same people who lead us into foreign wars with no hope of success; who tell us they can take care of us while they cannot even take care of their own psychologies.

Personally, I have no doubt that we are heading for massive changes, which will be disruptive to much of what has been taken for granted for decades. It is already happening on a huge scale as governments lose the confidence of the people; churches are emptying; banks collapse and nations which once seemed impregnable are compelled to show their weaknesses. Times are changing and the real power in the Universe - the power that is so much greater than these silly games - is making Itself known in all kinds of ways that seem to say, "Listen, anyone who has ears! It's time to wake up to who you are - not who's in power, not who's telling you what to do, but to who you are and what you believe and how best we can all be who we were created to be, in loving respect for one another." It doesn't take a stage-managed political show or a voice from a pulpit to give us the answer; it takes only the time to listen to the 'still small voice of calm' that is at the truth of our being.

Seismic climate change is surely happening, but not as the powers-that-temporarily-be would have is believe. It is the time for change from the climate of fear and dependence on others telling us what is okay, how to live, how to be, how scared we should be, to the climate of love, respect and individual freedom. "Choose this day whom you will serve!" is a great line. Do we choose fear and dependence or do we choose to trust our true selves? Simple as that!
Posted by Christina at 23:28