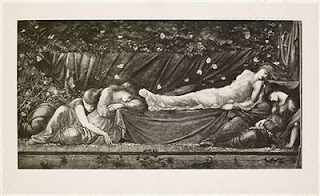 In the fairy tale of 'The Sleeping Beauty', the prince must cut his way through century-old brambles and briars to break the spell of the wicked fairy, reach the castle and wake the sleeping princess. Like all fairy tales, there is an inherent truth in the story that can be applied to many situations and it becomes increasingly apparent how apt a metaphor 'The Sleeping Beauty' is for delving into the past. 'Sleeping' kings and queens especially are surrounded by brambles and briars of lies, planted sometimes by victors who wished to justify and conceal their own faults and sometimes by the hypnosis that leads us to take everything at face value.

Richard III of England, Nicholas II of Russia and Marie Antoinette of France are three such 'sleeping beauties' surrounded by scathingly simple adjectives as murderous, foolish or weak, when in fact all three were quite different from the popular myths. Richard, happily still loved in the north of England, was been so defamed by the usurper, Henry VII, that even all these centuries later, many still see him as the 'murderer of his nephews'. Marie Antoinette is still seen as a silly and frivolous girl who said nothing apart from 'Let them eat cake...' and did not care a hoot for her people - and it is quite forgotten that she might have escaped from France but remained there because she would not desert her husband in his hour of need. And Nicholas - Nicholas-the-weak - who was anything but weak, who tried harder to prevent the First World War than any other monarch attempted; who had such a desire for peace in the Balkans that he worked from dawn till dusk and late into the night, seeking solutions - which King George shot grouse and the Kaiser took his Norwegian cruise and poor old Franz Josef was duped by his war council. And then there is the last Austrian Emperor, Karl, whom I admire more by the day, the more I learn of him. Seen as a traitor by his own people because - having seen the mindless carnage with his own eyes - he desired to end the war that he had no part in starting.

Nothing is ever as it appears and no matter how many times lies and myths are repeated, and no matter how many professors cast judgement on men and women in whose shoes they have not walked, I think anyone who wishes to take more than a cursory glimpse at history needs first and foremost a basic understanding of psychology and empathy to cut through the briars and brambles and awaken the really beautiful people of the past.
Posted by Christina at 22:54

History is always written by the victorious, isn't it! Your post reminds me of Bruno Bettelheim's book "The Uses of Enchantment" which is in part about the power of nursery rhymes to encapsulate eternal truths of the human condition. (Required reading when I worked in children's theatre!)

Thank you for the mention of the book. Having checked it out on Amazon, I've added it to my wish list - it sounds fascinating and so Jungian (Jung, is someone whose work I admire greatly).

Wow, this is really interesting and informative!