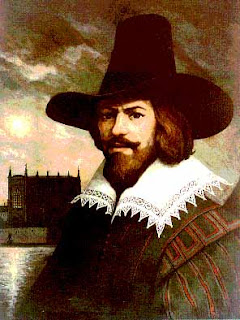 Bonfire Night draws near and it is striking how close it is to Poppy Day when, in the murky November evenings, the sounds of fireworks and flashes of light through the night sky seem quite reminiscent of the shells on the Somme and the Marne. It is such an evocative time of year!

First comes Halloween and it shocked me to learn that throughout history 13 million (!!) witches have been murdered in the name of religion. These witches were, for the most part, country folk who clung to the ways of Nature which now, after 200 years of industrialisation, is back on the political agenda as though the idea is something new! The so-called witches never ‘consorted with devil’ – they listened to the earth, watched the seasons, saw the grandeur of Nature and the way in which any contemplation of it inevitably leads to a sense of there being a Divine hand behind all of it. They saw the healing properties of herbs. Perhaps they danced in joy as the seasons changed....basically they were free spirits who couldn’t be controlled...and were burned as witches.

Then comes Bonfire Night – ‘Guy Fawkes Night’ – the man who not only gave his name to a kind of festival that has lasted for over 400 years, but whose name became a slang word for any man. Few people realise that the word ‘guy’ comes from this one man, who was basically a terrorist (and also a local lad in these parts - a Yorkshire man!). After several decades of religion swinging one way then another in Britain - first Henry VIII started killing Catholics, then his daughter, Mary, started killing Protestants, then Elizabeth tried to create a balance and allow freedom of worship, but was excommunicated and flt obliged to outlaw Catholicism – the country had a most ineffectual and unpleasant king in James I. The son of the Catholic Mary, Queen of Scots, he was a staunch Protestant, and Guy Fawkes, along with some cronies, decided to blow him to bits in the name of Catholicism. That, of course, was a really Christian thing to plan to do!! (I am, of course, being ironic). The plot having failed, Guy Fawkes was caught and hanged and to this day children stand in the street with scarecrow-like figures and ask for ‘a penny for the Guy’, who is then thrown onto the bonfire. You would think, from the countless fireworks, that there is something to celebrate in this but it is really celebrating the failure of a plot to to blow up a failure of a king. Of the many wonderful things that have happened in British history, it is bizarre that this remains a constant annual feature. No one (thank goodness!) celebrates victories at Waterloo or Trafalgar. No one celebrates the ends of the world wars. No one celebrates the Queen’s birthday really....yet this silly man and his plot to kill a silly king remains a celebration. How odd the English are! It’s probably more a question of timing than anything else. The clocks go back, we need something to lighten the gloomy nights between summer and Christmas....Bonfire Night happens.

But then comes poppy day. Already just about everyone is wearing a poppy (and so do I, but not out of hailing heroes, but as a reminder of the pointlessness of wars and out of respect for those who paved the way to this understanding). It is good, in some ways, to see that November 11th – the Armistice of World War 1 – is still remembered and all those who died in the wars are respected. The other day, though, as part of research for a book, I read a lot of articles and watched many videos about the battles of Verdun in 1916. The utterly unrelenting and incomprehensible slaughter, I thought as I saw it, was surely the biggest lesson in history about the pointless of killing other people. If only, as we pin poppies to lapels and lay wreaths at the cenotaph, we saw how nowadays - as Germans and British veterans stand side by side, and Germans and French veterans stand side by side and Japanese and all other past enemies stand side by side- it is all nothing more than a children’s game that sometimes goes very wrong. All through history in the name of righteousness, people have killed other people. Whether they be witches, Catholics, Protestants, Germans, Nazis, kings, beggars....no matter how many righteous arguments were put forth to explain why it happened, not one of those murders was justified really, was it?

So, on with the sparklers and the Roman candles, and the fun of being alive in November!
Posted by Christina at 23:50