Not So Desperate Flaws

I hesitated in writing this post as I do not know the full details and certainly do not wish to draw attention to a child's minor and correctible condition but, after reflection, decided to write it anyway.

One of the beautiful children at yesterday’s wedding was particularly delighted to be playing such a role because, until then, she has been kept away from photographers due to an eye condition, which creates a squint. This little girl looked absolutely beautiful yesterday and I am sure she is equally beautiful all of the time! I am a little aghast at the need to keep her away from being photographed until now, for so minor a reason?

The newspapers have often reported that the condition, which led to her being kept from the public gaze, is ‘rare’ – but I don’t believe that is true. It is a quite common occurrence (and I know this as I, too, grew up with it and have experienced this way of viewing the world). It’s no big deal. In fact, though it was a big deal in childhood (going around with nail varnish on one lens of my spectacles so that one eye would work harder; or being called various names like ‘speccie’ and ‘cross-eyed’) it became quite fascinating to me to think why things were as they were. After some painful surgery as a very small child, I used to go to church and pray for a cure...and - wonder of wonders! – at the age of 13 - I underwent surgery again and was told afterwards that I could throw away my glasses and probably wouldn’t need them again until I was about...17. Three decades have passed since then. I still don’t wear glasses and have better eyesight than many of my contemporaries! What really happened was that I decided it was no big deal and it stopped bothering me. In fact, I decided it was symbolic of having an eye in two worlds – that which is ‘on earth as it is in heaven’ and that which is, ‘aren’t things unpleasant’? - and whenever it bothered me physically, I realised it coincided with my not being focussed on ‘on earth as it is in heaven.’ 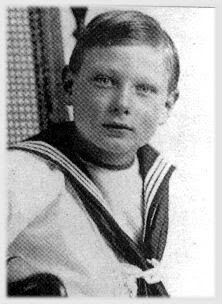 On a much grander scale, though, it brings to mind the way in which some royal families have felt a need to conceal or protect their children, if there was the slightest hint of them not being ‘perfect’ in any way. Prince Leopold, Queen Victoria’s youngest son, was so often left out of royal visits because of his haemophilia. Prince John was sent to live apart from the rest of his family because of his epilepsy and other conditions. The haemophilia of the beautiful Tsarevich Alexei, was hidden from the public because his parents feared that people wouldn’t understand or would lose faith in the monarchy. 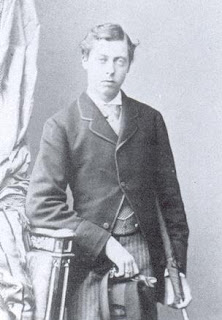 Perhaps the worst thing that parents can do – with the best intentions - is to try to hide their child’s condition. By hiding it, they exacerbate it and make a big deal out of something which, left to his/her own devices, the child is perfectly capable of dealing with or even healing. I do not honestly believe in the necessity of illness in any form, and, harsh as it sounds, so many lifelong invalids tend to be the victims of their parents’ well-meaning over-protectiveness. It’s okay to have a condition; it’s okay to be ill for a while – it’s all a question of balance and not being led into adopting the sick role.
Posted by Christina at 00:03

Actually, I think the main reason Lady Louise is kept out of the limelight is because her parents want her to have a more normal upbringing. You rarely see photos of her brother either.

Thank you, Cheryl. I really hope that is the case, which makes far more sense than the explanation given in the newspapers.