The Art of Distraction

A conjuror appears on the stage and, with dance-like movements, draws our attention to his right hand while his left hand – unseen – cleverly conceals the trickery that leaves us amazed by his magic. Sometimes I try to look away from what the right hand is doing or from what we are being guided to see, but most accomplished conjurors are so skilled in the art of distraction that their performances are successfully deceptive and we see only what they want us to see.

Since the advent of newspapers and, more effectively, since the advent of televised news and 24 hour news, the art of the political conjuror has been honed in to perfection. It used to seem odd to me that one day there would be some ‘major’ government crisis in the news or, more poignantly, some jiggery-pokey with financial markets and within a day or two we were threatened by a terrible health scare or some outside threat that drove all coverage of the government/banking mess from the headlines. At one time there was SARS (and we would within a few weeks all be walking around wearing masks). Then there was bird flu – which would wipe out half the country if we weren’t careful. More recently (during our last Labour government’s mess) there was swine flu – the threat of which was so great that the government saw fit to put a glossy leaflet through the letter box of every house in the country, telling us to ‘dispose of tissues carefully’ and wash our hands after blowing our noses. Dear me, we must have been in a very sorry state to have to be taught basic hygiene! I also recall various bombings of embassies and even a war or two, when a British Prime Minister or an American President was coming under attack. On a wider scale, this goes beyond presidents and Prime Ministers, to what led to the outbreak of the First and Second World Wars – who had anything to gain? What was happening with the financial markets?

For the past few nights England, it seems, is being distracted by the riots in the cities – or at least in some parts of some cities. I do not underestimate the extent of the damage, or the horrendousness of what is happening, the devastation to some people’s businesses and their loss of livelihood and the fear evoked in particularly in some parts of London. If you look at the British newspapers’ headlines, you see images of burning buildings, looted shops and lines that shout ANARCHY! What is making everyone aghast is that there seems to be no reason behind this outbreak of madness. Those involved are mostly children or teenagers, running amok through their own communities and creating misery and terror. Here are some thoughts, though:

This is not about starving people looting shops because they are hungry; nor is it about government cuts or anything of the sort. This is a well-orchestrated series of events, led by people who are, according to eye-witnesses, guiding the rioters away from the police and who are in constant communication with each other. Who are these people and who is behind them? Children are very easy to lead; disaffected youths are even easier to provoke into violence, as Hitler knew so well. And while we are distracted by this mayhem – this orchestrated work of destruction – what is happening in the financial world? (Interesting that only a few months before the murder of Archduke Franz Ferdinand and the outbreak of WW1, the Federal Reserve was set up in America?).

A great light in the middle of this: today in Chapeltown, Leeds – an area of the city that was involved in the 1981 riots – a peace rally was held by local business people and residents of all ages, stating their commitment to their community and demonstrating a spirit that goes beyond the manipulation of trouble-makers. In London, many young people went out into the streets to clear up the mess left by the nights of rioting. No matter how this is reported in the media and no matter how widespread it appears, this is not the true face of England, which remains filled with people who do care for one another and do not live by this manipulated mentality. England today still look like this: 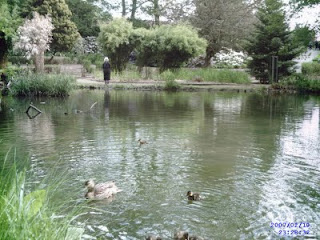 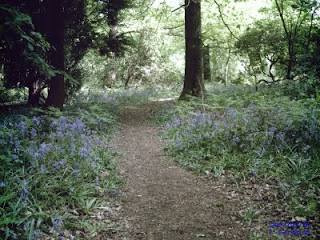 And, turning from the distraction, what is going on with the financiers and the small group of people who would like to destroy the individuality of nations and the freedom of individuals?