Yesterday while driving along, I stopped to let a truck reverse and then saw a few sheep in a trailer attached to the truck. One beautiful, healthy creature was close to the edge of the trailer and we were so close that I saw its noble face and eyes and, to my horror, I realised the truck was reversing towards an abattoir. It seemed so abhorrent on such a sunny morning that the same people who are rejoicing in a rare summer’s day and the beauty of nature are condoning the slaughter of beautiful creatures like that! I wished I could buy the sheep or do anything to say, “We are better than this! We are not savages who need to kill innocent beings...” And I did nothing except ‘pray’ for the animals and apologise to them in my mind for what people do to them. 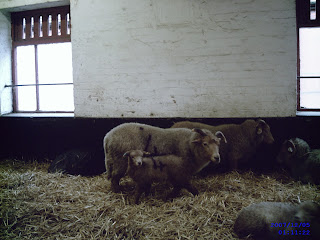 A few months ago I saw the newly born lambs at Temple Newsam. People – maybe the same people who now eat them – were cooing over their loveliness and bringing their children to see them. It’s amazing that something like one in every three people in England feeds the birds; wildlife programmes are really popular, and we are known as a nation of pet lovers. How can it be that a people who, in many ways, recognise the dignity, individuality and amazingness of animals, can then continue to eat them when there are so many kinder and healthier alternatives?
Animals are renowned for their intuition and it is therefore obvious that they know they are on their way to the slaughter-house. The natural physical response to that fear is the production of chemicals within the body and so, when someone eats a dead animal, they are eating those chemicals and eating the animal’s fear. 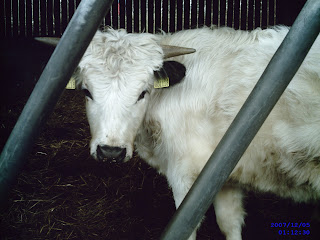 I was told as a child that animals do not feel as humans do; that they did not miss their babies when they were taken from them and that they don’t feel fear or have souls. Have you ever seen footage of mother animals crying for their babies or risking their own lives to protect them? Have you ever seen an animal in pain? Have you ever watched a nature programme to see how wonderfully so many species work together? Have you ever looked into the eyes of a bull or a cow or a sheep and felt the presence of something far wiser than you are? Or befriended a creature and seen their loyalty and willingness to communicate? Have you ever seen a truck driving to an abattoir and felt ashamed of being human?
When we seen films about the Romans and the entertainment in the coliseum, or read of some of the tortures and punishments of the past, it is difficult to believe that people – good people! – accepted these things as normal. I believe that at some future time – perhaps a century from now, though I pray it will be sooner – people will look back at these practices in horrified amazement, in the same way as we look back on some of the barbaric practices of the past, and say, “Did my ancestors really do that? How could they? Oh, the grossness of eating the flesh of another creature!”


You don’t die if you don’t eat dead animals. You don’t become weaker. You don’t become less healthy. You don’t lack protein or calcium. You just can walk among our fellow creatures and feel the awe of being a part of the wonder of creation...and you feel a lot healthier for it!
Posted by Christina at 23:06

Brilliant!!! If more people were to
watch the film Earthlings, or slaughter houses had glass walls
this hidden holocaust would end.

It really pains me when I see animals being cruelly treated in any way. I feel like these animals are also like humans, and they deserve a beautiful life. If all people would have to find and kill the food they have to eat, I think all people would become vegetarians.

Thank you so much Tess and Gem for your comments!
What a thought - slaughter houses with glass walls, or people having to kill the food they eat! I really appreciate what you have both written - thank you.