It often struck me when I was at school that history, which I loved, was filled with whats and wheres and hows but so few answers to the question, ‘why’. I don’t mean the glib answer of,  'this nation invaded that nation because they wanted this piece of land', or even 'this king persecuted this religion because he wanted a divorce,' but rather why the people involved acted as they did. For a long time it seemed that to understand anything at all about history it was vital to understand motivation and psychology but now I think it is even more vital to realise that history comprises two stories: the actual physical events and actions and the spirituality behind those actions. By 'spirituality' I don’t mean a particular religion. This has nothing to do with separate denominations, beliefs,  wars of religion or anything of the sort. It is, to my mind, a hugely overlooked aspect – perhaps even the most vital aspect – of history and what it means to be alive in any age. By spirituality, I mean the very essence of a person; the essence and purpose and driving force that sustains life and the awareness that there is something so much more powerful and beautiful that sometimes shines through but is often concealed within the physicality of life. It is so vital and so powerful that it is amazing that the spiritual aspect of people of the past is so often misunderstood, dismissed or even ridiculed. 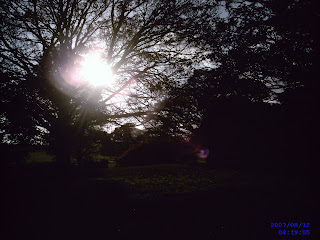 It has been very clear for a long time that something very dark occurred in the early years of the 20th century; to misquote Shakespeare, it was clear that ‘something is rotten in the state of Europe and beyond...’ Perhaps it began before that when the industrial revolution – which, of course, provided us with many benefits, too – led to a dehumanisation of large sections of the populations of many countries, but it exploded in its full horror in the two world wars. Prior to that, regardless of any particular religion, there was a greater awareness and appreciation of spirituality. Of course, as with anything, it had often been distorted by darker minds but many more people were aware of their connection to Nature and to something greater than the everyday physicality of life. Churches were central to village life, as were wise women who understood the uses of herbs and their healing properties, and the relevance of the seasons and their connection to the rhythms of life. These are symbols of our innate spirituality and the awareness that there is more to us than just our bodies or who we appear to be. Whether you call the greater aspect God or Allah or Higher Being or any other name, that knowledge is intrinsic in all life.

In the early 20th century Russia was (and, I believe still is) a deeply mystical country. Holy Fools, holy healers, Shamans and Staretz were a natural part of life and sat comfortably with the Orthodox Church in the same way as the wise women of England sat comfortably in their villages alongside the more orthodox religions (apart from the brief spell when James I became obsessed with witches!). These different aspects of spirituality were perfectly compatible. They were not ‘mad’ or ‘deranged’, nor were they superstitious in the general sense of the way in which that word is used; they were an essential aspect of life and one which has so often been demeaned to our detriment. 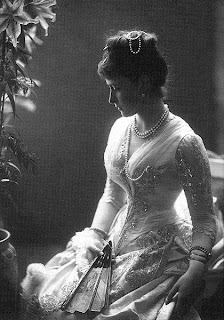 It would be amusing, if it were not so bizarre, that I have read on several sites that Grand Duchess Elizabeth of Russia ‘turned to religion’ to find comfort after her husband’s murder, or worse that she was completely unhinged by his death and that is why she devoted the rest of her life to her faith. Anyone with even the slightest understanding can read her letters and see that this was no sudden whim nor the act of an unhinged person. Could an unhinged person have created such a haven for the poor, established such a wonderful foundation to bring relief to the sick and orphans or worked out such amazing plans to provide work for young people as messengers etc, etc,? 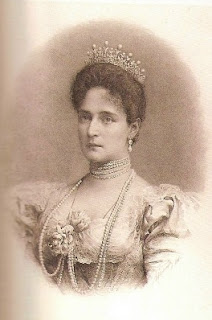 But this is as nothing compared to how Empress Alexandra Feodorovna has been described and vilified! Throughout the war years, ‘Alix’ – a deeply intuitive and very spiritual person – seemed to have realised more clearly than anyone that something very dark was happening. It was difficult to know whom to trust when it was clear that something extremely sinister was occurring and there was a definite plot afoot to destroy the Tsar and his dynasty. For this reason, I believe, she became quite frantic in her awareness of what was happening but was unable to ‘put her finger on it’ exactly. Alix was absolutely right. There was a plot afoot to destroy Tsardom and to destroy the soul of Russia. I, with the advantage of hindsight, think she might have been mistaken as to who her enemies were but who at that time could possibly have suspected the magnitude of what was happening? The Bolsheviks, funded by international bankers, did not represent the Russian people. The revolution did not spring from the discontent of the masses. It was planned by some of the wealthiest people in the world, and promoted by bribes and lies and its purpose was to allow those international industrialists and bankers to get their hands on Russian resources and – even more sinisterly – to destroy the soul of Russia by closing the churches, ridiculing spirituality as superstition and twisting the spirituality into a worship of human idols such as Lenin and Stalin.
Within a couple of decades came the Second World War and it is well known that the Nazi leadership practised dark rituals which, again, distorted the beautiful natural spirituality of the Rhineland and the German people. There is so much more to all of this than first meets the eye and it is clear that a hugely important aspect of the past has been omitted from history books and will continue to be omitted as long as the importance of spirituality is overlooked by historians and the spirituality of people of the past is dismissed as superstition or treated as insignificant.
You simply cannot look at the world or at history without looking at the real force behind and within everything. Happily, I believe that ultimately evil is powerless and empty – it is simply the absence of good – and one day we will be able to view all the events in a very different and far more real light.
Posted by Christina at 23:38

What a touching, lovely and insightful post. Truth is willing itself out.

Thank you, Tess! And thank you, Semmy.

I followed your thought-provoking link and I think that Smith, like Aristotle on that occasion, looked at the bigger picture rather than the individuals involved. Time and again, throughout the industrial revolution, massive generalisations were made about people and their conditions.

Another interesting thing is that I was told that the industrial revolution was necessary to cope with providing for the sudden rise in the population, but now it's obvious that the more people there are, the more talents and abilities there are, and it is perfectly possible (in fact, I think it is how it is meant to be) that everyone works at what s/he most loves and therefore is good at, and the world will function perfectly happily! It is only when people are dehumanised and believe they must fit someone else's pattern that things go wrong....

Thank you so much for your comments!

Truly tremendous vocation with the blog. I do reminiscent of your tough occupation and will stop for more post from you as post gave me pleasure and gives some helps to do same work. Thanks a lot…………………………