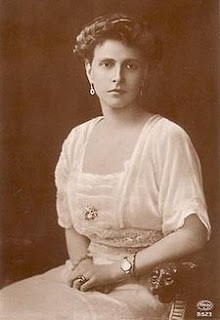 A documentary – The Queen’s Mother-in-Law – shown on Channel 4 last night, told some of the story of the life of Princess Alice Battenberg, great-granddaughter of Queen Victoria and mother of Prince Philip. It was a respectful and balanced presentation, which included interviews with people who knew the princess, but at the end of it I had a strong sense that something very important was missing and also that there is something not right in the way in which certain details of the princess’ mental state are discussed and dissected. It was also a little odd that Alice was described as one of the royal family’s best kept secrets when it’s clear that there was never any attempt by the present Queen or Prince Philip to hide her away. She was very visible at the coronation and at their wedding so she was hardly ‘a secret’!

Princess Alice must have been an extremely intelligent woman to have been able – since she was born profoundly deaf – to lip-read in several languages and speak with no evidence of her disability. It is a well-known fact that she suffered for a while from a mental illness in an age when mental illness was seen as taboo, and consequently spent time confined in sanatoria. In one such place she was visited by Freud whose diagnosis and recommended treatment leaves me wondering: who was the mad person here? The woman who had endured enormous stress – nursing soldiers in horrific circumstances in the Balkan Wars, and had seen her husband sentenced to death (a sentence which wasn’t carried out) during the overthrow of the Greek monarchy - and might have been going through various delusions (described variously as religious mania and schizophrenia) or the man who prescribed such a ridiculously damaging treatment?


What was missing from the programme was any attempt to understand her spirituality and, more obviously, her connection to her godmother, Ella, Grand Duchess Elizabeth. Basically, Alice’s spirituality was more or less dismissed as her mental illness and, while it’s impossible to deny that some aspects of it manifested in ways which were not helpful to her or to anyone, her entire spiritual journey was put down to delusion. Her sudden conversion to Orthodoxy (as Ella converted); her desire to found a religious order (significantly named Sisters of Martha and Mary, after Ella’s convent in Moscow); and her appearance in a nun’s habit at the Coronation (in a pearl grey habit – the same colour as that of Ella’s order) were all mentioned but no reference to why Alice might be following such ideas. At the end of the programme one commentator said, “Alice has one final trick up her sleeve...” (or something to that effect). She requested that she should be buried on the Mount of Olives. This was stated as though it was merely a whim – no mention was made of the fact that she wished to be buried near her Aunt Ella, whose life she obviously tried to emulate.


Interestingly, too, there was an interview with a German lady who had been a child when Alice stayed at her parents’ boarding house. The princess, the German lady said, spent a long time just gazing at the sky and when asked what she saw there, she replied, “St. Barbara....” I couldn’t help wondering if she actually said ‘saint’ or was referring to Ella’s companion, Barbara, who died with her in the mineshaft in Siberia.


Yes, Princess Alice suffered for a while from a mental illness, but I think it is quite wrong to put down her entire spirituality to that episode in her life. Fortunately, the documentary also included information about her devotion in caring for the wounded soldiers, for orphans and for many people in need; and also her courage in hiding a Jewish family in her home in Greece during the Nazi occupation. 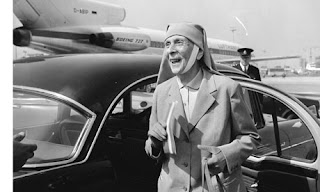 I think she was a deeply sensitive woman woman who overcame many obstacles and whose heart was most definitely beautiful.
Posted by Christina at 00:04

I entirely agree with you. I have finished the Hugo Vickers Alice’s biography. Really touching!!! A very interesting life.
Marina