Meaningless Trophies and Jobs for the Boys 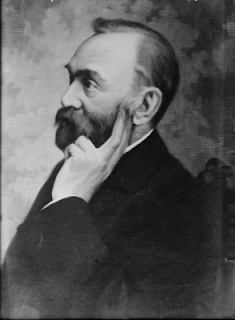 I once had the good fortune to be invited to an award dinner for something I had done. I didn't win the award but thoroughly enjoyed the occasion and was honoured to be there because the people I met were very pleasant. Afterwards I was told confidentially by one of the judges that it was quite exceptional that I was there at all because - I quote - "...they like to keep this among themselves and promote their own. It's not a matter of how worthy you are or what you have done, but about how they want to promote their own things with people they control or know." Being naive and young, I just took that as a compliment that this outsider had somehow broken into a closed group. Now, still happy to have had that experience, the meaninglessness of such trophies handed out by little groups becomes more and more apparent.

On the one hand there are programmes like "The X-Factor" where people with talent find an opening. Such programmes are viewed as 'tacky' by some people, and it is true that the public vote always runs the risk of mass hysteria or being swayed by the media coverage. All the same, a person of talent gets up and people all over the country can have their say. This, though, is scorned by the intelligentsia and seen as hype and tacky.

On the other hand, there are prestigious awards that are seen as having more meaning. The Nobel Prize, for example....It's interesting that Alfred Nobel was the chemist whose work with the armament industry and his association with explosives led him to want to leave a better legacy after his death and so he instituted the prizes. The Peace Prize, he said, would be awarded to to "the person who shall have done the most or the best work for fraternity between nations, for the abolition or reduction of standing armies and for the holding and promotion of peace congresses..."

The nominees for this year's award were:

Sima Samar, women’s rights activist in Afghanistan: “With dogged persistence and at great personal risk, she kept her schools and clinics open in Afghanistan even during the most repressive days of the Taliban regime, whose laws prohibited the education of girls past the age of eight. When the Taliban fell, Samar returned to Kabul and accepted the post of Minister for Women’s Affairs.”

Dr. Denis Mukwege: Doctor, founder and head of Panzi Hospital in Bukavu, Democratic Republic of Congo. He has dedicated his life to helping Congolese women and girls who are victims of gang rape and brutal sexual violence.

Handicap International and Cluster Munition Coalition: “These organizations are recognized for their consistently serious efforts to clean up cluster bombs, also known as land mines. Innocent civilians are regularly killed worldwide because the unseen bombs explode when stepped upon.”

Hu Jia, a human rights activist and an outspoken critic of the Chinese government, who was sentenced last year to a three-and-a-half-year prison term for ‘inciting subversion of state power.’

Wei Jingsheng, who spent 17 years in Chinese prisons for urging reforms of China’s communist system. He now lives in the United States.

And President Obama who has er.....talked a lot. What was it that person said to me at the award I attended? Ah yes, I remember now.
Posted by Christina at 23:11