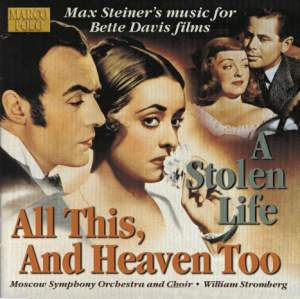 Shortly before dawn on Monday 18th August 1847 blood-curdling screams shattered the silence of the Hôtel Sébastiani, the Parisian residence of the Duc and Duchesse de Praslin. Startled into action, servants scrambled along the corridors to the rooms of the thirty-year-old Duchesse, only to find the doors bolted. As they struggled to force the locks, the screams gradually faded until at last the door opened from the inside and the Duc appeared in the entrance. Behind him lay an appalling scene: amid overturned furniture covered in blood, the Duchesse - her throat half-cut, her hands slashed and her head bludgeoned by a candlestick - lay gasping her last. The Duc, feigning shock, was quick to state that this was the work of an intruder but, within minutes of the arrival of the Sūreté Nationale, it was established the Duc himself was the culprit. Not only were his blood-stained clothes and hunting knife found in his adjoining room, but the whole of Paris knew he had a definite motive for murder.
Behind of their façade of domestic harmony, the Duc and Duchesse de Praslin had, for more than five years, endured a strained co-existence. Amid rumours and hints of child abuse, the Duc had forbidden his volatile wife from playing any part in their children’s upbringing, handing over all authority for their welfare and education to their English-trained governess, Henriette Deluzy, who was rumoured to be his lover. While the hysterical Duchesse ranted and raved, French newspapers gloated in reporting details of the supposed affair until at last under pressure from his father-in-law, the Duc was compelled to send the unfortunate Henriette on her way. Far from easing the situation, her departure served only to increase the tension in the household, culminating in the frenzied attack on the 18th August.
“What a mess!” sighed King Louis Philippe as the Duc de Praslin, still protesting his innocence, was brought before a Court of Peers and found guilty of murder. To appease the public’s demand for justice, he was condemned to death but before the sentence could be carried out he poisoned himself with arsenic and died after six days of agony.
There the domestic tragedy might have ended, but these were unsettling times in France and the scandal involving a well-known aristocrat was enough to shake public confidence in an already teetering monarchy.
Queen Victoria wrote, “This horrid Praslin tragedy is a subject one cannot get out of one’s head. The Government can in no way be accused of these murders, but there is no doubt that the standard of morality is very low indeed in France, and that the higher classes are extremely unprincipled. This must shake the security and prosperity of a nation.”
Within six months the security of the nation - and its monarch - would be shaken to the core.

I remember, as a small child, watching the old film, based on this event,: All this and Heaven Too and thinking it was very beautiful Alas, the reality was far less romantic and it is interesting how often in history a government is toppled or a king overthrown by some event over which he has no control but which either appears to be symbolic of the discontent of the age, or is used as an excuse by those who are desperate for change.
Posted by Christina at 15:33