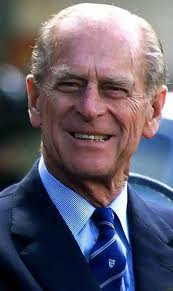 A very Happy 90th Birthday to Prince Philip, Duke of Edinburgh. He might have made many controversial comments and he is the very opposite of ‘political correctness’ (which is sometimes rather refreshing!) but he has carried out his duties as Prince Consort so diligently for over fifty years. 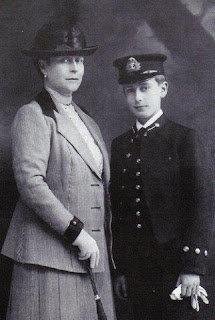 doesn’t quite capture it, I think there is a definite likeness between him and his grandmother, Victoria of Hesse/Battenberg/Milford Haven who played such a major role in his upbringing. I would venture that Victoria was probably the cleverest and most well-read of all Queen Victoria’s granddaughters, and was a remarkably strong personality. Princess Marie Louise’s descriptions of Victoria’s response to the news of the murder of her sister, Alix, Tsarina of Russia, and her entire family are incredibly moving. For three weeks after hearing that devastating news, Marie-Louise says, Victoria quietly worked in the gardens. Shortly afterwards, she also received news of her sister, Ella’s murder, and she was responsible for having Ella’s body taken to the Holy Land.

Victoria was a very strong and fascinating character....her grandson, Prince Philip, must be so proud of and grateful for her influence.
Posted by Christina at 23:03

Nice article about the Duke. He has been a fantastic consort for the Queen and such an asset for the monarchy.
I've always been interested in Princess Victoria of Hesse (Milford Haven) and how her rather "low" marriage (her husband was a morganaut) ended having such importance for the British monarchy.

Thank you, Jorge, for your kind comment. I think Victoria was a very remarkable woman and her 'low' marriage turned out to be one of the few very happy marriages of all Queen Victoria's granddaughters. Perhaps it was because QV was so supportive of this marriage that it led to such influence on the British monarchy :-)

And despite the "low" marriage, what an important role her children had! A Greek princess who was the mother of the British royal consort, the last Viceroy of India, the Queen of Sweden...Amazing!