Those Whom The Gods Would Destroy...

When I was a very small child, I sat each afternoon on my grandmother’s knee (literally!) while she sang songs from the First World War and told me stories of people she had known and loved who were killed on various battlefields, and her sister-in-law who gassed herself when she received news of her young husband’s death on the Somme. That’s a bit of an odd start in life, when you think of Teletubbies and Thomas the Tank Engine and The Mister Men and the bright lovely stories that are more suitable to our formative years. However, the First World War always disconcerted and fascinated me and for a very long time I have tried to understand what really happened and why so many people became involved in such madness that makes no sense whatsoever.

For the past couple of years, I have been researching various aspects of that war for my forthcoming book, which will very soon be available and is the first of a trilogy of novels based on the lives of the royalties of the era, concentrating in the first novel on the Austrian Archdukes Franz Ferdinand and Karl, and the German Kaiser Wilhelm (more of the book anon!). What has been far more disconcerting than my grandmother’s stories are some of the things that have come to light about these people, and who was really behind the First World War. I am not by nature a suspicious person but the deeper you delve into these things, the murkier it becomes. There is so much to write about this but for now there are two things that specifically come to mind. 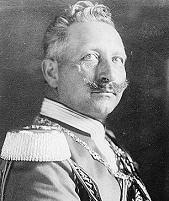 He is largely portrayed as a complete megalomaniac and war-monger when, in fact, despite his difficulties (and I don’t dispute that he was, to say the least, a little caught up in his own love-hate relationship with his mother and his need for acceptance and affection), he had been the autocrat of one of the most peaceable countries in Europe for the first twenty-five years of his reign and his outbursts of aggression were largely in response to what he saw (probably accurately) as attempts to undermine his ‘new’ nation.

The second specific thought, which is far more disconcerting, brings to mind the 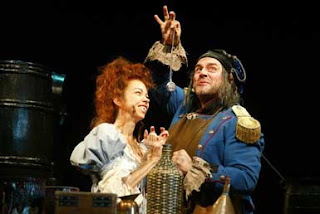 innkeeper, Thénardier, from Victor Hugo’s ‘Les Miserables’. A long chapter of that brilliant book describes Thénardier stealing from the corpses on the battlefield of Waterloo. He is obviously an unpleasant and unscrupulous character but, while researching the First World War book, it became apparent to me that this grave-robbing and profiteering is small-scale compared to the much grander scale of people who nowadays appear very respectable but have made a fortune from wars. Since historical events cannot be isolated, my research led back to the Napoleonic Wars and the French Revolution and again and again the same families appear....I would go so far as to say that there were certain people and certain families (who still operate successfully today) who deliberately set out to undermine the power of autocracies – particular the autocracies of Austria-Hungary and Russia – in order to create chaos and implement their own agenda.

I am not a conspiracy theorist. I do not subscribe to any particular political party or have an unflinching affiliation to a particular religion. I believe wholeheartedly in the wonder and beauty of humanity and that all Life is an expression the Divine and therefore that all people and all creatures are incredibly precious. I simply wanted to know why so many people died for nothing in the First World War (and why that great-aunt was driven to gas herself in 1916), and it opened a can of worms which a few years ago I would never have believed. It seems that very few things really are as they first appear.
Posted by Christina at 23:36