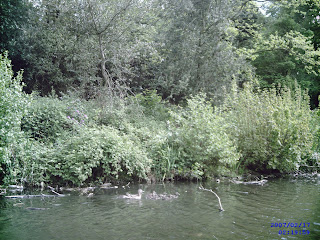 As a small child you learn that if you touch fire it hurts a lot, and you’d be a fool to keep doing it....so you don’t do it again. Maybe you try once more...it hurts even more...the pain is greater and if you don’t learn after the third time, you’d learn it sooner or later and stop doing it. Why don’t we learn the same thing about wars and invasions and inflicting our views on other people?

The 20th century produced the two most horrific examples of mass slaughter ever known. While the average soldier believed at the time that he was fighting for truth or freedom or to protect the weak or some other great notion, the First World War was fought quite simply to keep bankers and industrialists happy, to give them more power and to overthrow those autocracies which would not allow their system of banking to operate. It sickens me immensely to think of the hundreds of thousands of families around the world who lost loved ones in that war. It sickens me that my grandmother believed to the end of her life that her beloved brother and brother-in-law who died in some dark shell-hole on the Somme died for some cause that seemed worthwhile at the time. I state this quite plainly: they died to allow certain banking families to gain control of the Russian and German banks; to prevent Germany from gaining access to oil in the Middle East; to destroy the Catholic Church’s hold over Austria-Hungary and the Orthodox Church’s control over Russia. This wasn’t a matter of one religion fighting another – it was rather a matter of realising that the strength of a belief is the most powerful force in the world and it was necessary to destroy those beliefs in order to gain complete control of a country...and its wealth and its resources and its banking.
Outside various English cities there are protests against capitalism. I think this is misguided. The people who protest know that something is very wrong. They know, as all the world knows, that we are all sick of war and we have no reason to kill one another. They know, too, that we are frequently presented with ‘paper tigers’ – supposed enemies who are created like bogeymen to scare children so that we will go on supporting wars. It’s not, to my mind, a matter of capitalism – after all, capitalism is freedom: it quite simply means that if you have an idea to create a business and people want what you are selling they can buy it and you can provide jobs and use your talents to the full.
Does the average American want to have anything to do with what is going on in Iran? Does the average British person have any idea about the history of Afghanistan...or Iraq for that matter? Had the average German person in 1914 any idea who Archduke Franz Ferdinand was? Had anyone in France even heard of Sarajevo?
When I was growing up, we were constantly warned of the imminent threat of a nuclear attack from Russia. At the same time, we were warned to beware of – and saw – the attacks of the IRA. These threats eventually faded but were very quickly replaced by threats from further afield....now we had to beware of attacks from other religious extremists....Why? Quite simply because if the people are afraid, they accept whatever they are told. If we are frightened, we will fight wars, believing we are being brave....we will accept that recessions are the fault of our overspending....we will go on putting our hands in the fire and so it continues.... 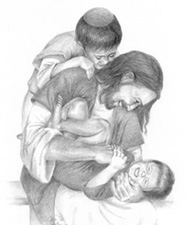 Enough is enough. Haven't we learned yet?
What if we just stopped bothering? What if we all said: God bless the Hindus, the Moslems, the Christians, the Jews, the people of all denominations and beliefs, the atheists, the black people, the white people, the people of every shade of colour, the gay people, the straight people, the hot-heads and the apathetic...and then got on with our lives. There would be no need for war....there would be no need to listen to the liars who lead people into war...and the paper tigers would be seen in their true light and we could all get on with our lives.
2012 could be the most wonderful year. It could be the end of the world as we know it - the world that has been so marred by deceit and by war! Bring it on! It could be the year when we take away the blinkers and learn to respect and love our neighbour and stop listening to those who create only fear in order to achieve their own ends; and instead minded our own business and loved those around us and that would truly be the beginning of the world as we know it can be.
Posted by Christina at 23:37