The Money-Changers and the Money-Lenders 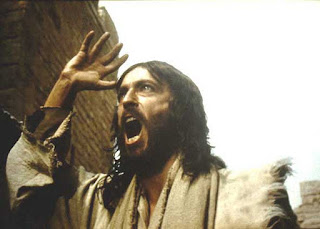 Nowadays everyone seems to blame ‘the bankers’ for everything, but ‘the bankers’ is such a loose term that really sounds like nothing but another scapegoat. Money-lenders have a pretty poor press throughout history but, whether you want a mortgage or become overdrawn, the majority of people make use of their services at one time or another in their lives. I think that is a good thing. It is helpful to be able to borrow what is needed, and if a fair interest rate is charged and agreed upon, it is mutually beneficial.

To be frank, I don’t really care if some banker is awarded a huge bonus when the country is riddled with debt and people are losing their jobs. It doesn’t feel right but If his bonus were shared among all the people who have lost their jobs, it wouldn’t amount to much. In reality, though, the ‘front men’ are easy targets, and the public outrage is pandering to a smoke screen covering what really goes on.
If I wish to borrow £100 from a neighbour, who agrees to lend me the money for a venture, I would take that as my neighbour’s belief in my ability to succeed and be willing to pay back the money plus interest when my venture came to fruition. That is all to the good. Supposing, though, that my neighbour was more desperate to lend me the money but I had no need of it, so my neighbour set about creating something that would put me in a position where I was in need. Perhaps, if the neighbour were really wicked, he could create friction between me and other neighbours so we started wrecking each other’s livelihoods and destroying each other’s property until we had so many bills that we could not pay and we would need to borrow money urgently just to protect ourselves and get by. Then, when through the machinations of my money-lending neighbour, I am brought to my knees, he can charge whatever he likes in interest and, what is more, he can slide in and take over the running of my household since I have made such a mess of it.
That is the First World War in a nutshell...though we are led to believe otherwise. I wonder, too, though I am no economist, if that is what is now happening in Greece, where there is financial chaos and 'someone else' would like to move in to take over the economy. Is this a test-drive for everywhere else?
When Jesus drove the money-changers out of the Temple, it wasn’t because they were offering loans or carrying out a fair business. He was incensed because the innocent people who wished to pray and live their lives peacefully were being cheated and manipulated. Someone announced that all money was evil and so only the money that came directly from the Temple was good enough to be used to pay the stipulated price for any particular ceremony. The money-changers charged whatever they chose and people had no alternative but to pay it if they wished to carry out their religious practices.


Isn’t it interesting how this was one of only two occasions in the Gospels when Jesus was incensed? Isn’t it interesting how the money-changers (not the money lenders) evoke the wrath of heaven? Euro anyone? Americo anyone?
The second novel in my 'Shattered Crowns' trilogy (Shattered Crowns: The Sacrifice) will soon be available. It almost breaks my heart to write it when I see that 40 million people, who believed they were acting for good, died, in fact, for the benefit of so few and for so unjust a cause....
Posted by Christina at 00:07

More and more people are beginning to see the elephant in the global room.

Thank you, Tess. Yes, more people are aware now than ever before and it seems to me that only as more and more light is shone into darkness, and the darkness - and the deeds of darkness - are exposed, can we live as we are created to live, free of lies and manipulation.
Thank you for your comment! :-)