At the height of the July Crisis of 1914 a certain German newspaper reported erroneously that the Kaiser had ordered a complete mobilisation of his army and war with Russia was imminent. Without a doubt that report was read in St. Petersburg and though, at that very time, the Kaiser and the Tsar were desperately corresponding via telegram and both were trying to avoid war, such a feeling of mistrust was aroused and such a sense of danger reported that public opinion all but dragged both Emperors into the terrible conflict. 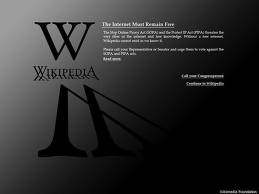 The freedom of the press is of vital importance. The problem was....and is....that the press was owned by a small group of people who could manipulate and print whatsoever suited their agenda.
Fast forward several decades....In the 1980s I, along with many other people, frequently scoured the pages of the ‘Writers’ and Artists’ Yearbook’ for the addresses of publishers to whom I might submit my work. At that time, the local library was filled with a huge non-fiction section with books on every fascinating subject imaginable and an equally large fiction section with such a huge selection of different styles of writing that it was a veritable gold mine of literature and learning. As time passed, something odd started to happen. The list of publishers in the ‘Writers’ and Artists’ Yearbook’ became shorter...famous names and small presses were gradually being taken over by a few large companies until basically there were only two or three companies who owned everything. At the same time, the selection of non-fiction books in the library took up less space and the fiction section dwindled, too, in favour of videos and fewer classics. If you checked the publishers of these books, they all belonged to the same 4 or 5 companies.
At that time, I received some interesting replies to my letters and submissions to publishers. One told me that my biography of Grand Duchess Elizabeth of Russia ‘lacked sufficient scandal to be of interest to readers’. Another said, ‘historical fiction has had its day...’ (funny that there are more historical fiction sites than those devoted to any other genre now) and several ‘lost’ my manuscripts and there were many other odd goings on about that and how my ideas appeared elsewhere but that is of no importance now. One went even so far as to say, “we like your style. Write about sex and shopping and we’ll give you a chance’...er, no thank you! Sorry, but I couldn’t help but think of some jumped-up school leaver/junior reader looking for a break for him/herself with no experience of life....
Then, along came the internet! Whole new worlds opened up for writers – print on demand publishers...so different from so-called Vanity publishing (a derogatory term devised by those who wished to control what the masses read! And interestingly enough there is a fascinating list of classical authors who are now hailed as the best writers who had to publish their own books most of which had more to say than the dross thrown out by the publishers of their age). Amazon is incredible! How they deal with their writers and with their readers and purchasers is beyond a dream!! Respectful, fair, a customer-centred service in every possible way...access to books that I had only dreamed of finding before...and then came Kindle and other e-book publishers...books at our finger-tips...books on line....Google and WordPress blogs and above all, access to knowledge and truth and the freedom to choose from a wide variety of sources and make up our own minds about what is real and what is propaganda.
This is why I have Tweeted the Wikipedia blackout today. I do not believe that this dispute has anything to do with copyright, but has everything to do with a few people wanting to gain control of the internet, just as they gained control of the newspapers and then the publishing companies and TV stations. The copyright business is merely a smoke screen because the owners of newspapers and the mainstream media (including publishing) have had control of what they feed people for a very long time and internet freedom threatens this. They have not used this gift well but have often sought to manipulate rather than educate, or to dumb down rather than to raise up; to create fear rather than appeal to the true nature of humanity, which is love. Basically, some people have sought power of others’ minds and right now that power is threatened by the freedom of the internet. Of course, I don’t agree with stealing other people’s work (and that has been the prerogative of certain publishing houses which I could name but will refrain from so doing!) but there is something more important going on here.
Have you ever tried to get rid of weeds in your garden – especially those which grow between cracks in paving stones? Do what you like, they keep on sprouting...you clear one space and they sprout elsewhere and so it is with the human spirit and our innate attraction to freedom. In every aspect of my life, I see more and more clearly every day the wonderful freedom of the Divinity – the God/Source of All – who simply cannot be crushed and whose freedom can never be curtailed but which lives in every heart and in every being...It is Life itself, and no amount of policing can ever control it. What a wonderful world this can be if we strip away the blinkers, see through the smoke screens and have access to our birthright as free-thinkers and free-spirits!
Posted by Christina at 23:35