An Interview with Frances Dimond 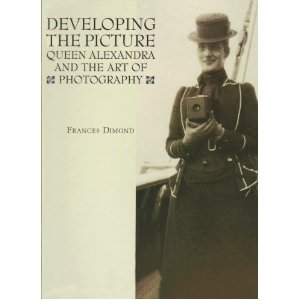 Alongside her many other achievements, Queen Victoria was the first British monarch to be photographed, and the numerous images of the Queen and her descendants provide such a lovely insight into the family as well as presenting a visual history of the time.


Frances Dimond, former Senior Curator of the Royal Photographic Collection at Windsor Castle, author of Developing the Picture: Queen Alexandra and the Art of Photography, and co-author of Crown and Camera: The Royal Family and Photography 1842-1910, obviously has an extensive knowledge of these photographs. I am delighted that she kindly agreed to answer my questions regarding her books, and has allowed me to place the ‘interview’ here as I know many of the visitors to this blog will find this so interesting!


What inspired you to compile the books and how did you decide which photographs to include? 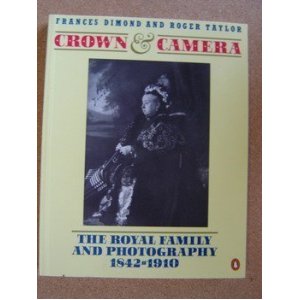 "Crown and Camera" was designed as an extended catalogue to an exhibition of the same name, which was shown at The Queen's Gallery at Buckingham Palace in 1987-8. It was the first exhibition to be held there which was entirely devoted to historic photographs and I was asked to curate it. I chose as wide and as representative a selection of photographs from the Royal Photograph Collection, dating from 1842-1910, as I could. As regards "Developing the Picture", I requested permission to write it, having always been interested in Queen Alexandra and her photographs and seeing that the subject might make a nice book. I was also trying to develop the picture that people had of Queen Alexandra, which seemed to be rather limited and not very accurate.

I think you pointed out that in the early years of her reign, Queen Victoria was reluctant to be photographed. Later, however, there are numerous photographs of her. Did her attitude to photography change? And if so, why?

I don't remember saying that Queen Victoria was reluctant to be photographed, although, being shy, she may have been a little diffident about it at first She certainly sometimes didn't like the way the photographs turned out. As time went on, however, she realised that photography was a very good tool to enable people to get to know how the Royal Family looked - and to buy copies of photographs of them as souvenirs. Being photographed became a regular duty, which she accepted and fulfilled.

Animals feature frequently in paintings of the Royal Family during Queen Victoria’s reign. Were members of the family equally eager to photograph their animals?


Members of the Royal Family did photograph their animals, which often appear in snapshots. Queen Victoria had a series of albums of her dogs, which were done by professional photographers.


Queen Alexandra was clearly very interested in photography. Which other members of the family shared her passion?


I think pretty well all the Royal Family tried their hand at photography - some more than others. Queen Alexandra is probably the best known - but also included were King Edward VII (as Prince of Wales) and their three daughters. Alfred, Duke of Edinburgh, was a keen photographer as a boy, Princesses Helena and Beatrice took photographs, as did Princess Helena's elder daughter, Princess Helena Victoria. Queen Mary as a young woman took photographs, the Duchess of Connaught took photographs- in fact, it is difficult to know who did not.
During Queen Victoria’s reign, was it a common practice for her children and grandchildren to send photographs of themselves to her, and among themselves? If so, do you know whether these photographs were kept and treasured even during the war years when the family was divided?


Queen Victoria kept a series of 44 albums of her descendants, from 1848 to almost the end of her life. There are also many portrait photographs of British and foreign related Royalties, which were sent to succeeding monarchs, although not kept in such a systematic way.


Of all the photographs in your books, do you have a particular favourite, or a series of favourites?


I think my favourite photographs are those relating to Queen Alexandra - and especially a rather unexpected and dramatic sea view, which she took and which is on Page 140 of "Developing the Picture". It is uneven, slightly rough and unusual - and I think she must have liked it herself, to have included it in the album in spite of this.


Thank you very much Ms Dimond!
Posted by Christina at 12:32

Many thanks for the lovely interview.