As the Armistice came into effect on 11th November 1918, Emperor Karl of Austria-Hungary signed a manifesto, relinquishing his authority over the government of what was left of his Empire: 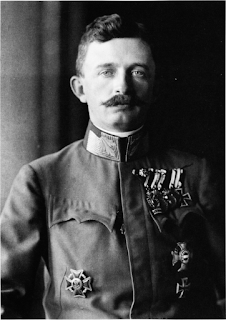 “Always being filled with a burning love for all my peoples, I do not want to hinder their free development. I accept in advance what German-Austria will decide on her future political organization. The people have taken over the government through its representatives. I renounce any share in the affairs of state. At the same time, I relieve my Austrian Government of its mandate.”


Count Czernin wrote of him: “When the Monarchy collapsed, the Servant of God conducted himself, as in all other situations, in an admirable fashion. He did not abdicate his claim to the throne, for, to him, the rule by the grace of God had been placed on him as a duty which he was not permitted to shun. He temporarily renounced the exercise of his imperial prerogatives and accepted all the adversity he was experiencing as the Will of God. The Servant of God’s sole desire, in this situation too, was to avoid any bloodshed. He was fully absorbed with the principle of Christian charity. That is why he could only act this way and no other.”


It is a strange and sad thing that, after so many centuries of so many wars, still they go on and on and on...Wouldn’t you think that at some point, leaders would have learned the lesson that no war is the war to end wars, and no peace ever came from killing? This poem by John Scott was written in the 18th century and it might well have been written at any time since. 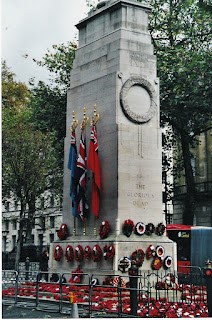 The Drum
I hate that drum's discordant sound,
Parading round, and round, and round:
To thoughtless youth it pleasure yields,
And lures from cities and from fields,
To sell their liberty for charms
Of tawdry lace and glitt'ring arms;
And when Ambition's voice commands,
To fight and fall in foreign lands.

I hate that drum's discordant sound,
Parading round, and round, and round:
To me it talks of ravaged plains,
And burning towns and ruin'd swains,
And mangled limbs, and dying groans,
And widow's tears, and orphans moans,
And all that Misery's hand bestows,
To fill a catalogue of woes.
Posted by Christina at 10:58

If only the Allies hadn't treated people like Tsar Nicholas II and Emperor Karl (and their empires) as "anachronisms"... think of how better (and counterrevolutionary) our world would be today had Karl's peace offers been successful!

Thank you for commenting, Ludwig. Yes, I absolutely agree...the Second World War could certainly have been avoided if they had listened to Karl and understood the position of Nicholas, Wilhelm and Karl. I think that with negotiation, things could have been very different.