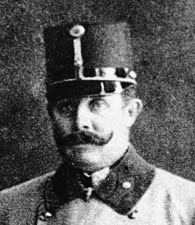 Today it is exactly 150 years since the birth of Archduke Franz Ferdinand of Austria – a much misunderstood man, in my opinion, who would have made a wonderful Austrian Emperor, and who, had he lived, could have prevented the outbreak of the First World War.
His murder was clearly merely an excuse for hidden powers to precipitate the war, which greatly benefited industrialists, arms dealers and international bankers, so, even if he had not been killed by the patsy in Sarajevo, they would have found some other means of starting the conflict.
Had Franz Ferdinand lived, however, his close personal friendship with the Kaiser, and their joint plan to create a peaceful alliance with Russia would have seriously undermined the plans of those who wanted war. Moreover, his intention of ensuring greater autonomy for the various regions of the Austro-Hungarian Empire would have prevented the shameful meddling of the horrendous Treaty of Versailles. 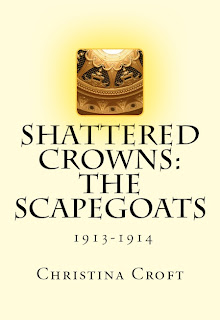 A devoted family man, who deeply loved his wife and could have been instrumental in creating a more peaceful Europe, I think he deserves to be remembered for more than simply his murder being on the official list of ‘causes of the the First World War.’
Happy Birthday, Franz Ferdinand!