Hurrah for Annie Lennox, who spoke out against what she described as ‘pornography with musical 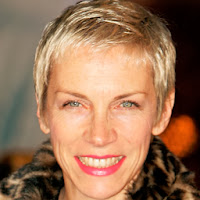 accompaniment’ in the music industry. It is so good to hear someone who is so successful and so gifted standing up to much of the explicit dross that even young children are bombarded with today.

‘Decency’ is a word which has lost a lot of its former meaning, and is now sometimes misinterpreted as puritanical whereas in the past it was the perfect word to describe self-respect, doing the right thing, uprightness, politeness and a basic healthy regard for one’s self and other people. It has seemed to me often that many of the songs and accompanying videos of certain performers today, completely lack that kind of decency and are such trashy rubbish that they are not so much shocking as ridiculous. Surely, any talented performer is capable of holding an audience without resorting to flaunting themselves or attempting to shock by removing more and more clothing in a manner that to me resembles drunken behaviour rather than that of a skilled performer.

So, good for Annie Lennox, whose recording of “God Rest Ye Merry Gentleman” is so quirky and appropriate for this time of year!