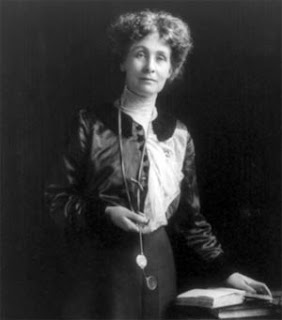 How then can so-called 'feminists' dare to claim the right to be following in the footsteps of the suffragettes, when they claim that abortion is a woman's right? People should, by all means, be free to express their opinions, but it is shameful and wrong to claim to be continuing the work of the very brave women who risked their lives not only for the welfare of women but also for the welfare of helpless children, born or unborn.
Posted by Christina at 11:19

Thank you for this. The manipulated herd mentality is sad, and needs to wake up.