The Taboo of Illness 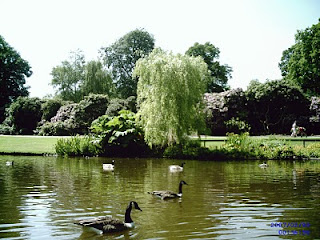 In these interesting, post-politically-correct times there is still a strange taboo which cannot be crossed without appearing totally hard-hearted: the question of illness and the care of the sick. I would like to make a statement which would appear to be the most cold-hearted of all but which I write out of love: one of the deepest tyrannies that afflicts countless people today is the tyranny of the invalid.

Having been a nurse and having carried out voluntary work including working for several years in pilgrimages to Lourdes, there is something quite bizarre to me about the way in which 'sickness' is somehow honoured. Growing up among 'family invalids' and being in hospital myself as a child, it seemed being ill was something that goes with the territory of being human.

There are many advantages to playing the sick role. You can relinquish all responsibility and have others wait on you. You can be the centre of attention. You can turn your pain into the pleasure of control, without having to lift a finger, and share that misery around with anyone who comes into your vicinity. You can write of it on forums and be immediately respected for being ill and 'brave'. (Why is it 'brave' to be ill?). You can be as rude as anything to those who look after you and they will forgive you because you are 'ill', and basically, have the healthy world run around after you while you earn their attention and pity until you run those who did that into the ground.

There are many disadvantages to playing the sick role. You need to find willing partners to play your game. If people tire of it, you might end up completely alone and feeling more sorry for yourself. You might have to spend a lot of time watching others do the things you would like to be doing but you cannot give your game away so have to remain on your sick bed. You might then become desperately jealous and that, of course, will make you more ill. You will eventually really suffer for it. But, it might or might not be worth it - it's up to you.

It truly seems to me there are only 2 types of illness. The first is the manipulation of those who decide to be ill in order to play that game. The second is the result of that and affects those who went along with the game and consequently wear themselves out, begin to believe the only rest they can have is by playing the game, too, buy into the scheme and end up ill and wondering why they feel that way. Some even die of it.

If, as some people believe and is still preached from some pulpits, illness is somehow part of God's scheme (a bizarre and illogical notion), why did Jesus never spend a moment pandering to it? He walked in, said, "You're healed..." and that was it. Is there a single mention in any sacred text - or, more importantly in our own minds/recollection - of anyone being healed by someone pandering to their imagined illness.

Illness, I think, is the outplaying in our bodies of what our thoughts have been doing. We think badly of ourselves or others, we find a corresponding illness. In the overall scheme of things, if one believes in a Deity and the goodness of Life, how could one ever, even for a moment believe illness was anything other than a state of mind? I do not honour illness or 'the sick'. That is an insult to the people who are displaying the sickness. I do honour the moments of being misaligned in order to realign and gain further alignment; I honour the occasions when I or someone else feels unwell as indicators of growth. Above all, surely the most important thing is to honour the total wellness of everything and everyone because that is closer to our reality than all the messages of playing the sick role and how it is somehow holy to suffer!

Here's to the brave healthy people who go through life thinking so clearly that they never expect others to sacrifice their own happiness by pandering to their misery!
Posted by Christina at 23:24

This is an astute and true observation.