The Burden of Being an Idol

At six years old, in the classroom of a rather scary teacher, I recall learning the Ten Commandments, most of the words of which made little sense to me, and one of which was (remembered verbatim): “Thou shalt not have strange gods before me. Thou shalt not have any graven image, nor any likeness of anything that is in heaven above, or that is in the earth beneath, or that is in the water under the earth...” This most illuminating and incredibly scary teacher explained that meant we mustn’t worship idols. A very brave child asked what an idol was, and the teacher explained that the Israelites made things out of wood or gold or anything else they could find and said prayers to it as though it were God. For some reason, an image of The Wizard of Oz came to mind but it seemed prudent not to mention that to the teacher, who didn’t seem too keen on children’s opinions! 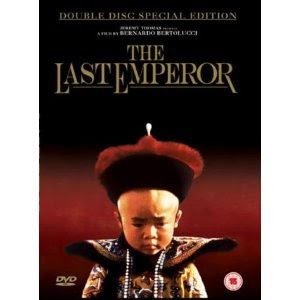 If only it were all so simple as making something out of wood or gold and worshipping it! Or, perhaps, if the teacher had understood it a little more clearly, it wouldn’t have been so confusing. The whole thing was turned into a rather snooty and condescending look at primitive peoples who could be taken in by a graven image, and the message rather lost its meaning. Nowadays, I see the idols rather differently – I think they are the people or the institutions to whom we hand over our originality, our intelligence, our individuality, our beliefs and our true selves.

Imagine, though, how it must feel to be the idol! Imagine what a horrendous responsibility it must be to take upon yourself – or rather to have laid upon you - the aspirations, expectations and volatile whims of your people. Much is written of past monarchs’ obsession with the divine right of kings but, the closer you look at it, the clearer it is that it wasn’t so much the monarchs’ obsession as their people’s obsession that led to so much suffering. People wanted their kings to shoulder all their burdens, to be the scapegoats for all their sufferings...to basically take responsibility for them. Some people have courted that kind of adulation but no one can bear such a weight and it inevitably crushed them in the end. I think of William ‘the Conqueror’ (what a grandiose title!) lying naked and alone at the end of his life; or Stalin, abandoned by his closest companions when he suffered a stroke; or Hitler skulking off to his bunker and Lenin, whose autopsy revealed what was left of his brain...

Those born into royal and imperial families, particularly in autocracies, however, were saddled with the burden of being idols from the moment they entered the world. The film ‘The Last Emperor’ – portraying Henry Pu-Yi, the last Emperor of China, is a stark example of such a thing taken to extremes. Throughout his early life, he was a prisoner, confined in a palace and deprived of freedom so that he could be worshipped, while the world moved on outside. Nicholas II of Russia and Louis XVI of France, for example, and many more, might not have lived in such forbidding circumstances but they all were forced to assume the weight of responsibility for the expectations of their people. There wasn’t a time when they could say, “I’d actually like to be a farmer, a clock-maker, a writer, train driver....” as most children do. The poorest peasant in Russia or France could dream of a different life and perhaps even see it come into being, but these monarchs had no such freedom. No one could say to them, “What would you like to do when you grow up?” It was all planned and mapped out from the moment they were born. They had to be their people’s idols, and, regardless of one’s religious beliefs, there is common sense in the message of not worshipping idols, since no one else can carry your burden for you and, creating an idol, inevitably leads to the anger of realising that your idol had feet of clay. Born into such a position, these autocrats did their best – they didn’t choose to be there, but felt obliged to carry the weight of responsibility and did the best they could. When things went wrong, their people railed against them, blamed them and tore them to pieces. Who were the people really killing? These innocent men or their own shattered image of reality?

As an unashamed monarchist, devoted to the Queen, whose wisdom and commitment to her country I greatly admire, and to many royalties of the past, the intricacies of whose lives, lived on a grand stage, illuminate so much of what happens in everyone’s life, the difference between appreciation and idolatry is startlingly obvious. It is wonderful to look into the palaces of kings, to feel appreciation of the beauty of architecture and art, centuries of culture and grandeur, the wisdom that has been handed down through ages of ‘being in power’ alongside the very human foibles of many of our monarchs. It is wonderful to appreciate and respect the way in which traditions handed down through centuries have come to epitomise who we are as a nation, how we see ourselves, how we would like to see ourselves. It is quite another thing to look at royalties as some kind of drain on resources or as responsible for all the ills in society, In appreciation, we are powerful; in envy or in blame (‘the king is responsible for all we suffer’ or ‘the monarchy is a drain on society’s resources’) we hand over our individual power and turn monarchs or presidents into idols against whom we ultimately rebel and eventually destroy...
Posted by Christina at 23:40

Email ThisBlogThis!Share to TwitterShare to FacebookShare to Pinterest
Labels: 'The Last Emperor'

Great points here. I think this was part of the problem of Leopold III of Belgium, at least as far as the popular disapproval of his second marriage goes-- Belgians had made him into an idol-- The Inconsolable Tragic Hero, after the death of Queen Astrid--and then held it against him when he remarried and found comfort with his new wife. As one commentator said: "A statue does not marry." Of course, the idolization of Queen Astrid herself, as the Sacred Only Bride Suitable for the King, was also part of the problem.

It is odd how people often do not take to a new husband/wife for a widow/widower. Often people compare the two and seem to resent the person who re-marries finding happiness again, as though that in some way negates their love for the person who died. It must have been extremely difficult for King Leopold to have felt so misunderstood.

I greatly appreciate your in-depth knowledge of the Belgian royaly family, and learn so much from you - thank you!