I wish I could remember the exact line from the 1972 film, ‘Lady Caroline Lamb’, that Lord Byron speaks when, being praised for some feat of bravery, he replies with something to the effect of external events being as nothing compared to the true terror of delving into the depths of the human mind. 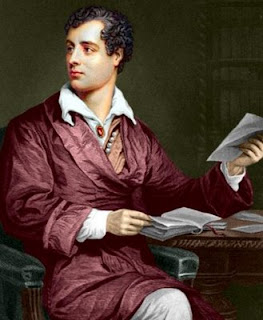 That isn’t really surprising, coming from Lord Byron, who is – to me – a most unattractive character (much as I love some of his poetry) and I would imagine that it must have been so dark inside his head.

The labyrinths within one person’s mind are infinite. It is incredible to think how many thoughts flash through one’s head and how many images, smells and sounds bombard one’s senses within one single day – or even one single hour - of one single life. Memories, connections, patterns, habits, reactions – and nowadays, more than ever, it seems that our senses are bombarded and dull us to the silence or the confrontation with what we see and know ourselves to be when we look at ourselves as we really are. I think, perhaps, Lord Byron saw only darkness in his thoughts and that was what he found so terrifying.

It is amazing, really, that many who have dared to face their own demons and their own Light and have lived from that inner knowledge, have been labelled as mad simply because they refused to comply with the agreed standard of what is ‘normal’. Prior to the industrial revolution, ‘the village idiot’ was accepted as part of the community; in some cultures, people who would today be labelled mentally ill, were viewed as sacred; and in Christianity, many canonised saints would be sitting in psychiatrists’ chairs today. In the post-Industrial Revolution age, when everything became mechanical and people became cogs in the wheel, eccentricity was so unacceptable that it had to be hidden away. The expression ‘round the bend’ comes from the Victorian Lunatic Asylums, which were always built ‘out of sight’ and reached by winding roads to keep them invisible from the main roads, since madness was so taboo. Anything which is hidden creates fear – hence, I am sure, the plethora of Gothic horror stories (even Jane Eyre), which include ‘lunatics’. 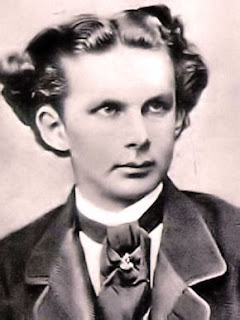 Ludwig II of Bavaria is often described as ‘Mad King Ludwig’. His elaborate creations of beautiful castles, his costumes and his fantasy world are presented in an almost comic fashion but it seems his mind was filled with Light. His love of Wagner’s music (and his adoration of Wagner, himself); his whole being was devoted to beauty – at the expense of everything else. 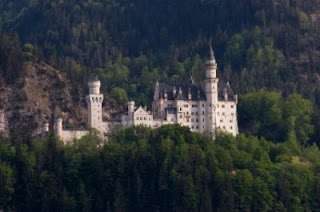 Poor Ludwig! On a TV programme recently, I heard a Bavarian man describe him as ‘the Michael Jackson’ of his day – and that seems pretty accurate. What people do not understand, they seek to condemn.

It is interesting that almost 50 years after Ludwig, another obsessive Wagner fan came to power in Munich. This man, however, while sharing Ludwig’s almost mystical love of ancient Germanic legends, epitomised the dark side of madness yet his madness appeared so ‘normal’ to people that he succeeded in contaminating a whole generation with the insanity of hatred. The same music lived in and inspired 2 very different men – beautiful Ludwig and dark, dark Hitler. I wonder why Ludwig’s fantasy never caught on with his people, yet Hitler’s did! Who was really the mad man? 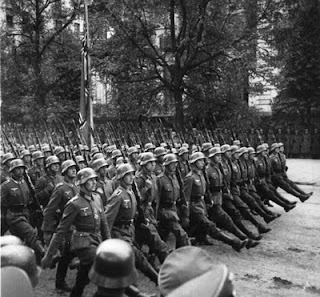 The same question could be asked today. Where is the real madness? Is it in the people who are a little eccentric, who don’t look or behave as everyone else does, or is it in the dark minds of those who still fail to learn from history, and believe there is something to be gained in war or control or manipulation of others? I’d rather have Ludwig as my King than Alexander the Great, or any of the other so-called ‘greats’ of history!
Posted by Christina at 23:26

This is funny- I was a bit annoyed at seeing a "Those unstable Wittelsbachs..." sort of comment somewhere, just now, and then I see this post pop up. Thanks:)

Oh - I wrote 'those unstable Wittlesbachs' with fond admiration and not as a criticism :-) Thank you for pointing that out; I shall be more careful how I phrase things.

Oh no, Christina, it wasn't a comment of yours that annoyed me, it was someone else's comment, although I'm sure the other person's remark was also benignly intended:-)

Ludwig II is a fascinating character. He had everything one could want from the world: he was the King of Bavaria, he was incredibly wealthy, he had an outstanding intelligence and great charm, good looks, but he also had an extreme sensibility and some kind of contempt towards the world. He loved spiritual things, and tried to make his fantasies true because he wanted to live in them, but when he already reached them they were no longer interesting and he wanted more. I don't know if he had a mental illness or maybe the life as a king was too inadequate for his personality. I can also imagine all these Wittelsbach princes and princesses growing up in the middle of the forests and lakes of the Alps, wandering wherever they wanted as free souls, in absolute contact with nature. The perfect environment to develop sensibility.
Ludwig II is definitely one of the most intriguing characters I've ever found. One can guess many things, but we will never know the exact truth of who he was.

Dear Jorge, your comment is one of the most beautiful descriptions of Ludwig (and other free spirits trying to make sense of the world - Van Gogh comes to mind) that I have ever seen/read. Thank you so much for such a beautiful comment that seems to capture him so perfectly!

I just wrote a little article on the Wittelsbachs myself. Perhaps, you might like to see it.

Thanks, Matterhorn, for telling us of your post.
It is a wonderful post and truly fascinating!
For anyone who isn't aware of brilliant 'The Cross of Laeken' blog - it is here:
http://crossoflaeken.blogspot.com/