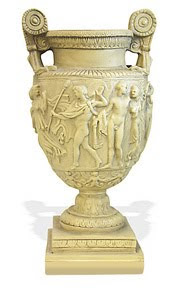 In spite of its unexciting title – and, I must say, some of what seems nowadays its early 19th century over-flowery verse – Keats’ ‘Ode on a Grecian Urn’ expresses to beautifully the sense of moments or people of history that seem to remain stamped upon eternity and our common memory, as surely as the images were moulded on his ancient urn.

Addressing the intricate images on the urn, Keats speaks to the young man who is approaching his lover: “Forever wilt thou love and she be fair..” and so it seems to me, looking at photographs of people of the past. It rather reminds me, too, of Shakespeare’s line from Antony & Cleopatra: “Age cannot wither her...” or again from Binyon’s poem that is always read aloud on Armistice Day: “They shall not grow old as we that are left grow old. Age shall not weary them nor the years condemn...”

It is interesting that, in spite of the ways in which history is written and re-written, and many untruths about the causes of events are passed down through generations, certain images – true images, perhaps – remain unchanged. At the end of his life, Nicholas II of Russia was simply Comrade Nicholas Romanov. Louis XVI was Citizen Louis Bourbon...and yet, in spite of that temporary triumph of those who sought to humiliate and degrade these men, everyone remembers them as Tsar Nicholas and King Louis XVI. Their names and titles are engraved somehow into our common memory and neither the envy nor the anger of those who set out to destroy them has managed to efface that.

Like the engravings on the Grecian urn, some things are eternal...
Posted by Christina at 22:49