How Well Do You Know...Queen Victoria's Children?

(Below, too, are the answers to yesterday's question - How well do you know Princess Alice) 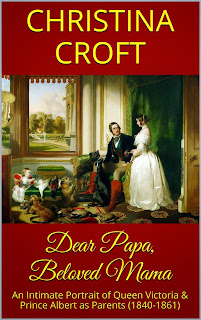 1. Alice’s full name was Alice Maud Mary – in whose honour was the name ‘Mary’ included?  Queen Victoria’s aunt, the Duchess of Gloucester
2. Which of her godfathers arrived ‘just in time to be too late’ for her christening? Ernest, King of Hanover
3. After Lady Lyttelton had retired, what was the name of Alice’s governess? Miss Hildyard
4. In which city (then a town) in northern England did Alice make her first official appearance? Leeds
5. How old was Alice when she first witnessed an assassination attempt on her mother? Six – William Hamilton attempted to shoot the Queen but his pistol had not been properly loaded.
6. Which – then potentially fatal – illness did Alice contract in 1855? Scarlet fever
7. Which housing reformer took Alice incognito through the London slums and later advised her on housing improvements in Darmstadt? Octavia Hill
8. Which novel by Sir Walter Scott was Alice reading to her father in the days leading up to his death? The Talisman
9. Which controversial theologian, who dedicated a book to Alice, gained great influence over her and, according to the French Ambassador, ‘shook her faith to the depths’? David Strauss
10. Which English reformer who had done much to improve the education of girls in India accompanied Alice through the schools in Darmstadt following the Congress of Women, which the princess has organised? Mary Carpenter
11. After whose death did Alice write to her mother: “You understand, how long and deep my grief must be,” she wrote. “And does not one grow to love one’s grief, as having become part of the being one loved – as if through this one could still pay a tribute of love to them, to make up for the terrible loss, and missing of not being able to do anything for the beloved anymore?”   Her little son, Frittie
12. What were Alice’s last words? Dear Papa
Posted by Christina at 11:05