The Making of a King 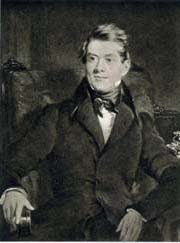 When their first son, Bertie, was born Queen Victoria and Prince Albert – both of whom were still so young – sought guidance about his upbringing from Prince Albert’s mentor Baron Stockmar. His advice couldn’t have been more detrimental to the poor Prince of Wales whose memories of childhood were so unhappy that as soon as he became King, he disposed of that great (and beautiful!) symbol of his childhood, Osborne House. As a boy Bertie could never please his parents. He just couldn’t fit their (or Stockmar’s) ideal of the perfect prince. Gauche, not studious or particularly academically intelligent, his natural talents for diplomacy and charm were so often overlooked. I adore Prince Albert and think that the one mistake of his life was his treatment – albeit well-intentioned – of the future King Edward VII. In later life, the perceived traumas of this strict regimen showed up in Bertie’s addictions to food, sex and gambling and anything else that brought him comfort. His life, however, was not a tragedy! He was well-liked, affable, had the common touch alongside great dignity and he was a great statesman and ambassador, though his reign was so brief.

Seeing the footage of Prince William in New Zealand today, I was over-awed by the thought that it took a few generations and far less strict regimen for that dream to 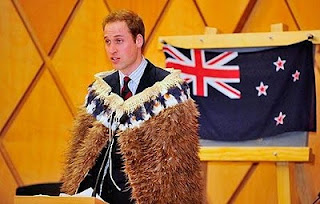 come into being. Prince William was amazing! One moment dressed in casual clothes, shaking hands with the crowds, crouching to have his photo taken with children, and chatting to them as freely as if they were old friends. When someone in the crowd called out, “I will see you in London on the 29th!” Prince William, with genuine delight replied, “You’re coming? You are all invited!!” The next minute, in a smart suit and a Maori ‘stole’ he was addressing the earthquake victims with a solemnity and wisdom that was so touching. He spoke of his grandmother and the advice she had given him – and who could fail to notice that he, having lost his mother at such a young age, understood grief - and his dignified references to Her Majesty also showed such respect for the Queen (as did the way he sang the National Anthem, ‘God Save the Queen’, with such gusto).

“If you can walk with crowds and keep your virtue,
Or walk with kings nor lose the common touch...”

If ever the British monarchy needed a lift when the scurrilous newspapers go in search of scandals, I am sure this young prince is the perfect person for the job. Not only would his mother be so proud of him, but also his great-great-great-great-grandparents, Prince Albert and Queen Victoria must surely be looking down at him and thinking, “Well, we got there in the end!”
Posted by Christina at 23:33

Raising royal heirs- or any children for that matter- is a very tricky business and requires just the right balance, which few parents are able to achieve. King Albert I and Queen Elisabeth of Belgium were also very strict (although this was motivated by love and concern) with their children, always trying to inculcate the highest ideals in the future Leopold III, Prince Charles and Queen Maria José. While I think they succeeded with Leopold and M-J, their approach seems to have backfired with Charles, who became increasingly resentful, inward-turning and self-indulgent.

Thank you for your interesting comment. I love learning from your knowledge of the Belgian royal family and find all your comments...and your brilliant blog...so educational and interesting!