Rudolf: the Mystery and the Tragedy 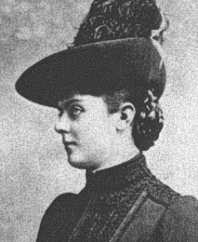 Some years before I knew anything about Crown Prince Rudolf of Austria, I listened to this very moving song ‘C’est a Mayerling’ by Mireille Mathieu:

and imagined this to be a most tragically beautiful story, somewhat like my adolescent interpretation of the film, Elvira Madigan, where hopeless lovers shoot themselves under a holm-oak tree to the strains of a Mozart sonata; or even the heart-rending “Les Amants d’un Jour” by Edith Piaf – both of which seemed so romantic and beautiful. The reality of suicide is, of course, something entirely different and anything but romantic. This post, however, is not about suicide but about tragedy and mystery of a different kind. 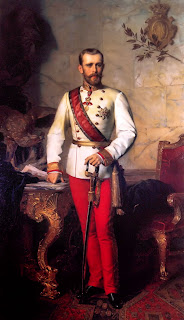 written up in various magazines while the mystery of their supposed suicide pact in the idyllic setting of Maylerling is presented as one of the great romances of the era. Alongside the romantic aspect, comes the mystery element: so many unanswered questions leading to theories that the whole thing was a set-up and Rudolf was murdered (a hypothesis which Empress Zita appeared to believe) or that Rudolf killed Mary and then killed himself...and there are so many different ideas about what happened, combined with the fact that Emperor Franz Ferdinand reputedly said that “anything but the truth” should come out and the official papers surrounding the event mysteriously disappeared. As happens with so many people who die in dramatic circumstances, Rudolf’s death overshadows the more interesting and perhaps more tragic details of his life.

I am not convinced that Rudolf killed himself, but that is irrelevant here. The great tragedy of his life, rather than the overplayed tragedy of his death, is his decline from being an astute and learned young man, into one who appeared to give way to despair. His affair with Mary doesn’t seem such a great romance, when she was but one in a string of lovers whose help he sought in overcoming his loneliness and the frustration of feeling that his opinions had no place and his aspirations no outlet in his father’s court. His similarity with King Edward VII of Britain is quite striking. Both, I think, were intelligent men who had ideas which differed so starkly from those of their monarch-parents and both were denied the opportunity to express their views of implement their dreams and plans. Both, too, felt as though they were somehow a disappointment to their parents and in their frustration, filled the empty hours with habits that became addictions: drink, food, drugs, mistresses - something to fill the inner vacuum.

Rudolf had many ideas which were so at odds with the Habsburg Court but some of which might have even saved the Empire. Had he been less passionate about these ideas, it would have been easy for him to slip into the frivolous lifestyle of many of his relations, biding his time until he came to power and he could have lived to a ripe old age. The fact that he felt such despair that his ideas weren’t well-received or recognised, shows, the depths to which he believed in his own vision of the necessity of change. Where he isn’t portrayed as the romantic hero who died for love, he is often portrayed as a rather pathetic waster who squandered his talents and wealth in a hedonistic lifestyle. Neither of these portrayals rings true. Like his mother, he was a free-spirit gasping for air in a claustrophobic court, and had he not had such visions of how to improve things, he wouldn’t have felt that lack of improvement so desperately.

The tragedy isn’t what happened at Maylering – whether had lived to 31 or 101 he would have left now anyway. The tragedy is that he is remembered in a way that never really seems to capture who he was, what he thought, what he felt and what he dreamed. To me he remains so mysterious and really quite beautiful.
Posted by Christina at 23:28

What a lovely post! It's nice to see even Rudolf given a more sympathetic, understanding treatment. Usually he is attacked in a rather self-righteous way. Not that I approve of many of his choices, but nobody should be reduced to a caricature.