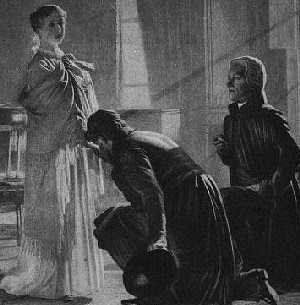 Had Queen Victoria been born a decade or so later and lived until 1914, I wonder would the First World War ever have happened.

Franz Josef of Austria was only 11 years younger than Queen Victoria and, like her, he was only 18 when he came to the throne and lived through some of the most momentous changes the world had ever seen (perhaps, in its way, similar to the reign of our present great Queen Elizabeth). During their reigns, their countries moved through so many scientific advances that the people hardly had time to keep pace with transformation from one way of life to another. The result was not merely a terrible mess of people suddenly finding themselves horrifically poor (after all, the 'poor' had always been present since the beginning of time) but also going through a whole rearrangement of the way society had been running for hundreds of years. Change almost invariably leads to discontent and tension. There are those who long for the dawn of a new era and those who fear the collapse of all they hold dear. The Age of Victoria and Franz Josef was probably a time of the those most profound change since the discovery of fire or the invention of the wheel! (And we are still racing, even more rapidly, through that era). 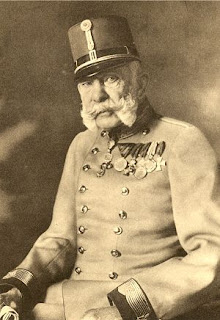 Apart from the obvious difference that Franz Josef was an autocrat and Victoria a constitutional monarch (though one who was not backward in coming forward in making her views known to politicians!), I think there are similarities but a difference that made all the difference in the long run. Franz Josef, in my view, was an honest and well-meaning man but he was deeply entrenched in old conformist ways. As a young man, dominated by his mother and her intransigent views, he was also a staunch Catholic, bound by the memory of the long-gone Holy Roman Empire. Basically, he was enslaved by tradition. He also came to the throne at a time of revolutions and must have felt the need then to take a firm stand. Victoria, on the other hand, threw off the shackles of her mother the minute she came to the throne and, thanks mainly to the influence of the incredibly wonderful Prince Albert, became slightly more tolerant and open to different views and different opinions. Life taught her to yield and adapt, whereas life seemed to teach Franz Josef to cling even more firmly to tradition.

More significantly to history, Queen Victoria had a finger in every pie all over Europe, due to the marriages of her children and grandchildren, but Franz Josef, having fewer children and being confined to Catholic marriages for them, lacked that ability to influence the rulers of other nations.

Franz Josef, though, like so many others, is one of those unfortunate monarchs whose whole life seemed to be one tragedy after another. I think, the more I read of him, that he was a 'good' man, who meant well and was greatly loved by his people and wanted to do his best for them but he never quite managed to assimilate his role as a husband and father with his role as Emperor, in the way the Queen Victoria managed to assimilate her role as mother and wife....and Queen of Great Britain and Empress of India.

Golly, what responsibility and what a time to have been living!
Posted by Christina at 23:10