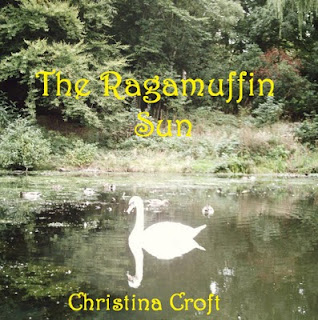 The Ragamuffin Sun is a collection of 32 of my poems together with an appendix of brief selections of lyrics from the musicals 'Branwell' - based on the life of Branwell Bronte - and 'Tsaritsa' based on the life of Alexandra Feodorovna, the last Tsarina of Russia. A few of the poems in the collection are taken from my earlier volume 'Child of the Moon' (Downlander 1986) but most are previously unpublished or have been availble only in magazines.

Since the poems were written over two decades, I do not see the world in the same way as I did when I wrote all of them though, of course, some things remain the same.

The collection will be available on Amazon Kindle within the next 24 hours.
Posted by Christina at 16:07