"...Not Even Solomon In All His Splendour" 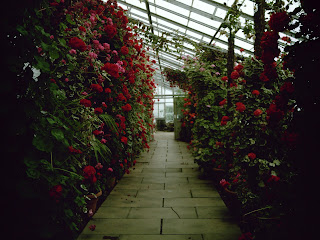 One of the most bizarre episodes during Tsar Nicholas’ captivity in Tobolsk occurred when a local priest included prayers for the Imperial Family in the religious service. The priest was interrogated afterwards and similar services were prohibited since these prayers had been banned. Shortly before this episode, someone in Austria had been persecuted as a traitor for praying for the Tsar during the war – fortunately Emperor Karl rectified such nonsense but the more you consider this, the more ridiculous it is! In Russia, an atheistic regime banning prayers? Why? If they didn’t believe the prayers had any meaning, why ban them? In Austria, if they did believe the prayers were effective, then they were surely aware of the message: love your enemies, bless those who curse you and pray for those who do you harm. The very notion of any regime or individual assuming the right to tell anyone else who or what to pray for is so beyond arrogance that it is unbelievable!


On a smaller scale, I have often wondered about the strange behaviour of the atheist society who, one Christmas, paid for a poster on a bus, which said, “There is no God.” Still more baffling are some pseudo-scientific authors who write volumes attempting to prove the non-existence of God. Surely, if you don’t believe something exists, you don’t waste your time trying to tell everyone else that it doesn’t exist. Personally, I don’t believe that the moon is made of green cheese but I wouldn’t spend months of my life trying to prove that. If someone else believes it is made of green cheese, it wouldn’t bother me. Why then do people who profess not to believe in something go to such lengths to argue about it. 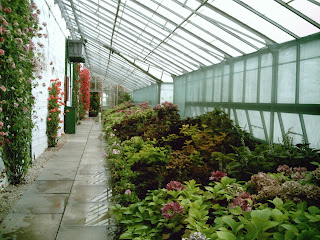 Even more baffling to me, though, is how anyone who spends even a few minutes amid the beauty of nature cannot believe there is a wonderful and amazing Deity behind it all. As a child I often thought it quite miraculous that whenever I was stung by nettles, a healing dock life was always growing nearby. Recently I have taken to growing herbs and am on the brink of studying their amazing healing properties. It is truly remarkable that for every ailment imaginable, there is an antidote in Nature. What’s more the intricate design of the leaves and flowers, the incredible scents, the taste and the feel of the leaves are more beautiful than anything ever created in the perfumeries and workshops of the world, and these things grow so naturally with so little effort on Mankind’s part. Sometimes, looking at them in awe, or wandering in the gorgeous glasshouse at Temple Newsam (as in the pictures), I can only think, “...not even Solomon in all his splendour was clothed like one of these.”

So, to return to the prayers for the Tsar and his family...Why ban prayers if you don’t believe they are effective? And if you do believe they’re effective, it seems a pretty dangerous thing to attempt to  tamper with other people’s!
Posted by Christina at 23:02 No comments: