FREE - This Weekend Only

To celebrate the launch of of Wonderful Walter series in paperback, we have made Kindle versions of the first book: Wonderful Walter available for free this weekend. Do, please help yourselves and, if you enjoy the story, do please write a review or send us your feedback here. 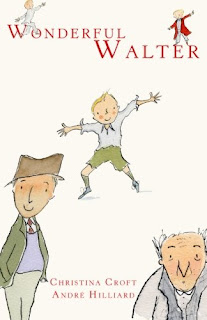 Posted by Christina at 12:09 No comments:

I am very happy to announce that our children's book Wonderful Walter is now available in paperback via Amazon in the UK and Europe as well as in the United States. The book is aimed at 7-11 year-olds and has been read by education professionals and others who work with children, all of whom have commented on its appeal and value for children in that age group.
﻿﻿

Posted by Christina at 15:24 No comments: 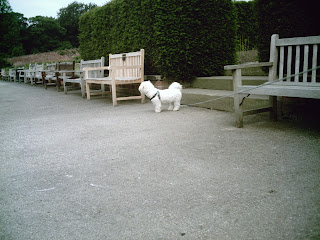 Making slow progress on our own, Bertie and I joined an excellent puppy class. Here, we can learn how to work together on things like walking, stopping, meeting other dogs, meeting people...and general obedience. Week 1 – Bertie loved it, particularly because the trainer had a different kind of treats than his usual ones, and because he had a chance to play with other puppies. The first thing he learned was how to bark at another dog! Strangely, prior to puppy class, Bertie had only barked once or twice and that was at his toys. Now he can do a very loud bark, which is rather odd coming from a little dog.


Week 2 – Five minutes into the lesson, Bertie was no longer interested. They say dogs are like their owners (or vice versa)...I have been told that I enjoyed my first day at school (aged 4) but when woken to go the next day, said, “I’ve been there and know what they do. I don’t need to go anymore.” Hmm...Bertie obviously had the same idea. Suddenly every blade of grass was more interesting than our ‘exercises’, and even the other puppies lost their appeal. 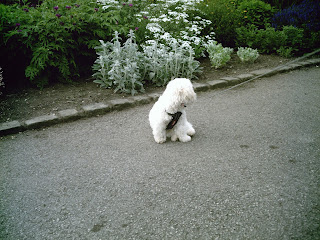 Week 3 – Bertie didn’t want to get up and go. It took so much cajoling, coaxing, commanding to even get him into the car and when we arrived at puppy class, he spent most of it sitting with his back to the rest of the class.


Week 4 – Enough is enough, thought Bertie, who promptly ran away from puppy class altogether! Eventually, after a huge amount of catching and tugging (how can a small dog be so strong?) he ‘agreed’ to return but only to the advanced class where the dogs were perfectly behaved and followed the most minute instructions instantly. Clearly, because he has already devoured ‘A Tale of Two Cities’, a biography of George IV, ‘The Six Wives of Henry VIII’ and two poetry books from my bookshelf, he considers himself to be far too clever for the reception class! Once in the advanced class, he jumped around a bit, getting in the way of the advanced dogs, before wandering off in the opposite direction, and generally disturbing the class, while the other obedient dogs merely looked at him in disdain. 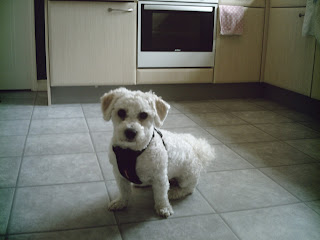 Oh well, at least he didn’t bite the trainer, like one dog I heard about did!


Tomorrow we will start again...and I am trusting that, just as Samson lost his strength when he had his hair cut, Bertie has lost just a little of his wilfulness with his hair new cut...

Posted by Christina at 10:52 No comments:

It might be a vain hope now, but Yorkshire Day is a good time to remember that Richard III was made very welcome here and did a great deal of good for the people of this county, which he loved: