On 4th August 1914, Britain entered the First World War. It is a matter of contention whether on not there was any reason to do so, for, although the invasion of Belgium is the cause that is always cited, King Albert of the Belgians specifically stated that he did not want foreign armies to intervene; and, what was more, there was plenty of evidence that the French had already entered his country before the Germans did.

Here, too, is an extract from 'The Innocence of Kaiser Wilhelm II', which shows that, in fact, the British and the King were desperate to enter the conflict, and Belgium was merely a convenient excuse:


"In all his correspondence with his cousins, Britain’s King George V repeatedly emphasised his desire for peace but, in July 2014, an article appeared in the Daily Telegraph which calls into question his sincerity. According to recently discovered evidence, including a personal letter from Buckingham Palace, on August 2nd 1914, the King summoned the Foreign Secretary, Edward Grey, and told him directly that Britain must participate in the war to prevent Germany from becoming the most dominant force in Europe. When Grey observed that there was no justifiable reason for Britain to do so, the King told him he must find one.
Throughout the crisis, Grey had remained ambiguous in response to questions from Germany, Russia and France as to what role Britain would play in the event of a European war. When Sazonov pressed the British and French Ambassadors to stand by their Russian allies, the French Ambassador, Maurice Paléologue, had responded affirmatively without hesitation but the British Ambassador, George Buchanan, explained:
“I could not hold out any hope of [Britain] making a declaration of solidarity that would involve unconditional engagement to support France and Russia by force of arms on behalf of a country like Serbia where no British interests were involved.”[i]
When informed of this conversation, Grey commented that this was the correct response, but Buchanan was already eagerly trying to persuade his government to back the Russians and he promised Sazanov that he would ‘make strong representations…in favour of the policy of resistance to Germanic arrogance.’[ii]  He was equally keen to ensure that Germany should take the blame for the subsequent conflict, telling Paléologue, on 28th July:
“The German Government must be saddled with all the responsibility and all the initiative. English opinion will accept the idea of intervening in the war only if Germany is indubitably the aggressor...Please talk to Sazonov to that effect.”[iii]
The Germans in general, and Wilhelm in particular, were desperate for an assurance of British neutrality, and several approaches had been made to Grey to ascertain his position and to discover under what conditions Britain might feel it was necessary to take up arms. In view of the Anglo-French Entente, Bethmann asked whether Britain would remain neutral if the Germans did not invade France, but since this did not preclude an attack on French colonies, the British refused to accept it.
On 1st August, however, the Kaiser received a message from Prince Linchowsky, his Ambassador in London, stating that Grey had told him that Britain would remain out of the conflict providing France was not attacked. Wilhelm was so overjoyed that, without informing his Chief of Staff, he immediately ordered a halt to the German advance towards Luxembourg, and sent a message to his cousin, George, assuring him of his willingness to accept the proposal. To his horror, however, George replied – in almost identical terms to those in which he had written to Nicholas following the Russian mobilisation – that there ‘must have been some misunderstanding’ as the discussion between Grey and Linchowsky was merely an informal and hypothetical conversation and had no significance.
On the same day, Linchowsky again asked Grey if the British would remain impassive provided that the Germans did not invade neutral Belgium. Grey refused to give that assurance, stating that Belgium might be ‘an important but not a decisive factor.’ On behalf of the Kaiser, the German government then asked on what terms Britain would remain neutral, but, as the British Member of Parliament, James Ramsey-McDonald, stated openly in the House of Commons:
“Sir Edward Grey declined to discuss the matter. This fact was suppressed by Mr Asquith and Sir Edward Grey in their speeches to Parliament. When Sir Edward Grey failed to secure peace between Germany and Russia, he worked deliberately to involve us in the war, using Belgium as his chief excuse.”[iv]
Three days after stating that the invasion would not be a decisive factor, Britain went to war in defence of ‘plucky little Belgium.’" 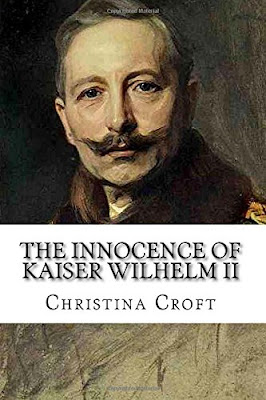