Apart from her fondness for sea-bathing (with the help of her wonderful bathing machine!), I believe that, unlike many of her predecessors, Queen Victoria took regular baths and regular showers, and according to one of her granddaughters, she was usually scented with orange blossom. Her granddaughter, Grand Duchess Elizabeth, had her bath water scented with rose petals. Prince Albert, too, took regular baths and showers, and so I was much amused when I came across a book published in 1866 which was aimed at guiding people into the best time to take - or to avoid - showers:


"It is not upon creeping out of bed in the morning, that a chlorotic young lady, or a feeble youth, should be advised (as they so often are) to place themselves under the streaming tortures of cold affusion. The shock at such a time to delicate constitutions can hardly be overstated, or its power to do serious mischief. But after a romping game in the nurserybefore dinner, or a goal at football, or a ride in Rotten Row,when the quick pulses of young life are throbbing through every vessel, the shower-bath is of inestimable service."

Posted by Christina at 18:15 No comments:

Happy Birthday to the much-maligned and misrepresented Kaiser Wilhelm II - a man, in my opinion, 'more sinned against than sinning.' I sincerely hope that one day he will be seen very differently, as the 'Apostle of Peace', as he was described by an American commentator in 1913. 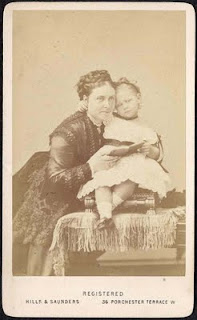 His son, with whom he did not always see eye-to-eye, wrote this of him: 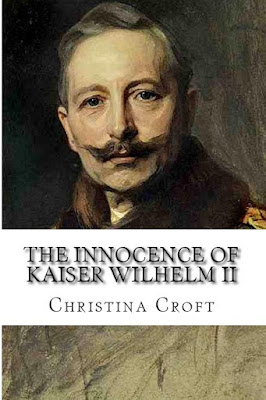