Wishing you a very Happy Christmas! 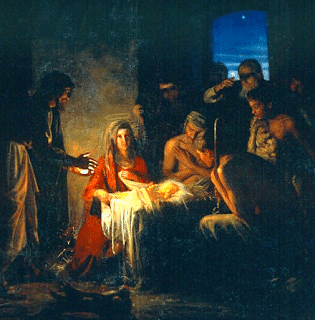 Posted by Christina at 15:51 No comments:

The Power & Beauty of Perfume 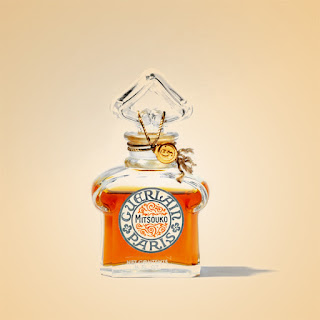 Smell is surely the most powerful sense. I recall reading somewhere that babies recognise their mothers by their scent long before they recognise their voices or their faces; and how often are you transported back to another time by a sudden scent in the air? Many famous people of the past were associated with particular perfumes – I think of Marie Antoinette and Marie of Roumania with Houbigant; Tsarina Alexandra with White Rose, and Queen Victoria with the scent of orange blossom.


Today, as so many other aspects of beauty are being eroded, regulation by the EU has led to the ‘dumbing down’ of many long-standing scents with the banning of natural ingredients which have been used for centuries to no great detriment. How ironic that natural products should be banned when so many additives (produced by multimillion pound companies) are permitted in food, fields are being sprayed with all kinds of toxins, and animals are still being fattened with dangerous chemicals!
Ban on Natural Ingredients


In this podcast – which, by a strange synchronicity was recorded immediately prior to the above article - author Cheryl Hilliard draws on her experience as a model, make-up artist and image consultant to speak of the beauty and power of perfumes and the effects of regulation on the perfume industry.


Podcast Powered By Podbean
Posted by Christina at 12:02 No comments:

Food minister, Owen Patterson, has described opposition to allowing GM crops to be produced in Britain as 'complete nonsense'. For the past few years Britain has remained free from these 'Frankenstein foods', the effects of which on humans and on the wider environment are not fully understood. Creating these products involves interfering with plant DNA, and there are serious dangers of long-term effects on animals or humans who consume them. The plan to introduce these crops has nothing to do with feeding more people or preventing famine, but is another means by which multinational companies and pharmaceutical giants such as Monsanto will gain a monopoly of crops grown throughout the world. Organic famers in the US have already been forced out of business by these giants and now they wish to expand into European markets.
Please would you consider signing the petition which I have launched at Avaaz?

Keep Britain Free from GM Crops
Posted by Christina at 15:06 No comments:

The House of Desolation!

As someone who believes that what we focus our attention upon, we bring into our experience, I’ve been unwilling to write or even think of this extremely vile subject but, as a combination of discoveries have come together, I feel it is important to do so. 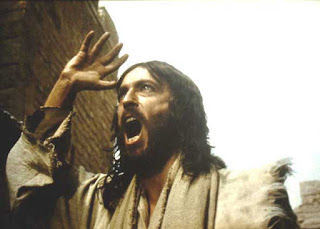 Until a few years ago, I had not heard of groups such as the so-called ‘Illuminati’ or the secret societies into which various politicians and presidents have been initiated, and my immediate reaction to the discovery of these groups was scepticism, followed by, “How ridiculous that grown men play in these silly societies, which remind me of the secret clubs formed by children!” Now, though, it is clear that, while they continue to be ridiculous, they are also extremely sinister and operate in ways which, at first, seem so unbelievable to ordinary people like me, that it is almost impossible to believe that they exist or the extent of their manipulation and involvement in world affairs.


While researching the ‘Shattered Crowns’ trilogy, I was frequently shocked at various discoveries of the way in which not only the royalties were manipulated, but also – even more horrendously – the way in which entire nations were manipulated into believing they were fighting for a just cause when in fact the entire operation had been managed and planned from the start. This wasn’t something that just happened, or a series of unfortunate events. This was calculated decades in advance. I am not so familiar with the earlier history, but I recommend listening to Elena Marie Vidal, author of – amongst other books – Tea at Trianon -  as she speaks of the Illuminati at work in the French Revolution.


Mass manipulation of adults is one thing, but now – which sickens me to the core – it is clear that these sinister groups are not simply greedy for money and power on a physical level, they are actually and quite categorically involved in very dark occult practices, and the outcome of this is not only the wars etc. but the horrendousness of some of the things which have been coming to light in the media regarding Jimmy Savile and the extent of the abuse of children not only in Britain but across the globe. The media reports the occasional arrest of various celebrities but in fact, when you scratch beneath the surface, this goes way, way, way beyond a few disgusting paedophiles in show business. There are whole paedophile rings of people in some of the most powerful positions – the very people who also manipulate the economy, ensure the dumbing down of art, of television, of libraries and education, persuade us to engage in wars so that they have access to opium (for big pharmaceutical companies) or oil or other resources, invent epidemics like swine flu, attempt to pass laws to compel children to be vaccinated against diseases which sometimes they have actually created in laboratories, and who drive out independent farmers and introduce GMO crops. 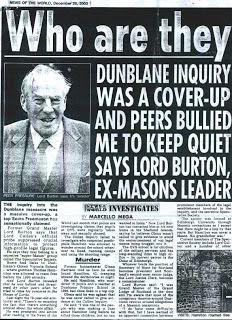 The reason it is so difficult to believe this, is because it is beyond the comprehension of the vast majority of people, most of whom are decent and honest, that anyone could do such a thing. Evidence comes to light all the time, though, of the sinister cover-up of the Dunblane killings (Lord Burton himself revealed that the inquiry was a cover-up and he was ‘bullied’ by other peers to keep quiet about it); and the case of Hollie Grieg  to name but two. And what can be made of this – which was reported not only in the Independent in 2009, but elsewhere: ‘But as of April, because of a change in legislation being introduced by Jack Straw, the Justice Secretary, the media will no longer be able to identify those involved in cases such as the Websters. It will also be illegal for any children currently in care to speak out, even if they feel they are being maltreated. ?????


In the days when I studied saints extensively, one thing which I frequently read was (in Catholic parlance)  that sins rarely come singly; a person who repeatedly gives way to one fault, is often prone to adopting others. Now, I don’t doubt the truth of that statement but I think it is something far larger than an average person’s peccadillos! If a person, or group of people, devote themselves to evil in one form, in spreads into every area of their lives. If the idea of these people engaging in occult practices seems too bizarre to be believed, remember that Hitler and cronies engaged in all kinds of black occult practices, and that there is well-documented evidence of more than one recent US president being part of a very secretive and dark group with strange rituals and codes.


Today, probably at this very moment, children are still being stolen and tortured and abused by people in power and it surely turns the stomach of every decent person to be aware of this. It is very easy to wash all this way by focussing on the vile Jimmy Savile, or even the other celebrities who are being rounded up and paraded for us to see, but this goes deeper. Several people have questioned how Savile had access to so many hospitals, schools and children's homes and why a has-been DJ dined with ministers and consorted with royalty...

In writing ‘Shattered Crowns’ (and I am not writing this post to draw attention to those books, this is merely an observation), it became very obvious that the destruction of the 3 monarchies of Germany, Austria-Hungary and Russia, was part of a plan to impose a different order on the world; an order which increasingly crushed spirituality and expressions of spirituality and replaced it with materialistic ideologies. This was evil and the evil spread into so many areas of government across the world. Unsurprisingly, ignorant people still mock the Tsar and Tsarina’s religious sensibilities and fail to understand why the Tsar and Emperor Karl of Austria felt compelled to adhere to the oaths they had taken, and which they saw as a sacred duty. The worst organised crimes spring from these occult groups who remain in positions of power. I do not call them ‘Illuminati’ since that means ‘enlightened ones’ and there is nothing enlightened about such darkness.


As I see it, though, there is also good news. In order to thrive, these ‘entities’ rely on darkness and secrecy and as more and more information is made available, the less chance they have of surviving. Many people have been murdered who have attempted to expose their wickedness, which shows how deeply they value their secrecy. If, however, we are aware of these things – and I think we need to be aware - we need only focus our attention on all that is good and right and pure and true and refuse to be hoodwinked into accepting their wars, their dumbing down (we can educate ourselves) or their lies and by concentrating on the good we can do, and this evil will shrink into nothingness.


I think of Marlowe’s Dr. Faustus...evil always destroys itself in the end and, as Christmas, the Season of Light, approaches, I pray that the Light within us all will shine more brightly than ever because, as some wise person once said, “All the darkness in the world cannot extinguish the light of one single candle.” As for the perpetrators of these horrific and unspeakable crimes, whether they be in churches or in governments or any other institution, even if, on one level, they believe they can go on undetected, on a deeper, energetic/spiritual level, they must already be living in hell and quaking to the core: “You who are like whited sepulchres, all clean and white on the outside but inside full of dead men’s bones and corruption! Yours is the house of desolation, the home of the lizard and the spider! Serpents, brood of vipers, how can you escape the punishment that is coming to you!”


These days really feel like the days when that which is hidden is being exposed and maybe as that happens, if we wake up, we really can participate in a far better and lovelier world in which spirituality, individuality, truth, respect and true beauty are valued far more highly than power, greed and manipulation.
Posted by Christina at 15:17 2 comments:

Memories of an Evacuee

During the Second World War, my mother was briefly evacuated to Bowers Row, a mining village not far from Leeds. In order to capture a little bit of history, I interviewed her about her experiences as an evacuee and the interview can be heard here: 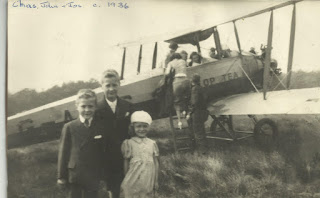 Posted by Christina at 16:22 No comments: