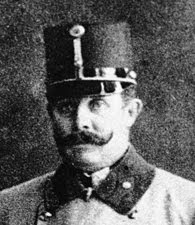 The first novel in my trilogy, Shattered Crowns, is shortly to be released. The trilogy follows the royalties of Europe from 1913 to 1918 and the first novel (1913 to the outbreak of the First World War) has the subtitle The Scapegoats. I chose this title because, after ploughing through so many opposing opinions and documents, and from thinking of the characters involved it is clear that Tsar Nicholas, Kaiser Wilhelm and, to a lesser extent, Emperor Franz Josef have been made the scapegoats for such a terrible war whereas not one of them – not even the Kaiser! – wanted war.

It is particularly striking, seeing how they were – against their will - hoodwinked, cajoled and pressurised by ministers and others into allowing the war to happen, that these three monarchies were destroyed by the war. It is so striking that it seems almost a deliberate plot to overthrow them, particularly when you consider that both Russia and Germany refused to be drawn into the international banking legislation of the time and were fiercely independent. I firmly believe that – after years of trying to make sense of how this terrible war came about – the real cause lies very deeply hidden in something far more sinister that can easily be described here.

I am, however, far more interested in interesting people than in politics and one of the most interesting revelations to me during my research is the character of Archduke Franz Ferdinand. This man, whom most people remember only because his murder is said to be the cause of WW1, was a far greater and more perceptive man than the hot-headed, unpopular person he is usually shown to be. His ideas for future government of Austria-Hungary (based on the American idea of independent states and a federal government); his determination to refuse to be crowned King of Hungary until universal suffrage was granted; his understanding of the balance of power and his opposition to the annexing of Bosnia-Herzegovina, are quite wonderful!

Interesting, isn’t it, that he was invited to Sarajevo on his wedding anniversary and Sophie, his beloved wife who had been so shunned in Vienna was also invited to appear with him in public that day? Did someone fail to mention that it was also a day of great national symbolism for the Serbs (St. Vitus Day – the anniversary of the Battle of Kosovo). Strange how, in such a turbulent area, there was no military protection...even stranger how, after the first attempt on his life, he was still driven in an open car through the streets and the car took a wrong turning - because the driver hadn’t been informed of the change of route to the hospital – and so had to reverse into the path of the killer. Strange too that we accept that the Black Hand was a recognised criminal organisation who had carried out many atrocities when, in fact, apart from a couple of so-called failed or aborted assassination attempts, I cannot find any evidence of their supposed crimes. Also, if that group was – as Austrian ministers claimed – made up of military officers and high ranking Serbian officials, would they choose some drop-out nineteen year old student to carry out so important an assassination? There is a great deal more to say of this but perhaps it is inappropriate here.

To the end of her life, Empress Zita maintained that there was something far more 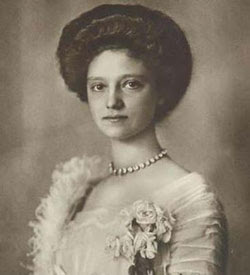 sinister about the plot to kill Franz Ferdinand than meets the eye. In the aftermath of war, Franz Ferdinand has largely been forgotten; Kaiser Wilhelm (who was always a bit unbalanced) has been made out to be the mad and evil plotter - though he was tryng desperately - in the midst of his many hang-ups - to avoid war and he vehemently opposed the invasion of Belgium; and Tsar Nicholas (who was way ahead of many others in his understanding of and attempts to bring a peaceful solution to the 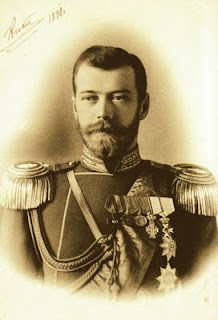 Balkans wars, and who worked often through the night with no rest in his attempts to broker peace) is portrayed as dancing on the deck of his yacht letting the world go to hell in a handcart because he was ‘weak’. Amazing how easily often repeated stories begin to be believed.

"Shattered Crowns: The Scapegoats" isn’t an attempt to change perceived history or anything of the sort, but is rather written out of love and respect for these ‘scapegoats’ of history.
Posted by Christina at 23:27

A very, very strange war indeed... It does seem like a plot.

I am so glad you are writing this trilogy, congratulations! It is very frustrating to study figures from the past, develop sympathy for their sufferings and struggles, and then see people blithely, cruelly dismiss them based upon ignorance and/or malice.

At some point, I hope to write historical novels, too, if I ever have the chance.

Dear Matterhorn, thank you for your kind comment.
It would be wonderful if you wrote historical novels about the Belgian royalties - you have such a vast knowledge and love of them that I am sure your books would be very beautiful and very greatly appreciated by readers.

Christina, are you sure Empress Zita was referring to Franz Ferdinand? My understanding is that she always claimed that Archduke Rudolf was the one murdered by foreign powers (France, among them). One of the empress' granddaughters lived in my country and once wrote an article about Emperor Karl, where she mentioned her grandmother's theory. I've also read another interview where another granddaughter said the same. It seems that Rudolf, just as Franz Ferdinand, was a strong man with modern ideas and because of this he was considered an obstacle by some (who?).

Hello Jorge, thank you for your comment. Yes I have heard of Empress Zita's beliefs about Rudolf's death(and various possible culprits) but she also was convinced that Franz Ferdinand's murder was part of a well orchestrated plan. She spoke of him saying to her and Kal, "I am going to be assassinated.." mentioned that he had received death threats and also recounted a story of meeting with the Pope shortly before her wedding, and the Pope appeared to have some kind of premonition (or, indeed, awareness of the plan to kill him) that FF would never be emperor. (In my next post I will write more of this).

Thank you, now I think I also remember that! The Pope's story is true and if I were Zita it would have given me goosebumps.

I have always been interested in all of the countries that intermingled, intermarried and interacted in the years before The Great War. This book about Arch Duke Franz Ferdinand sounds wonderful! That it is also about Kaiser Wilhelm and Tsar Nicholas and the roles they played at the begining of the conflict should make it most complete. One can not truly study any conflict without looking at all sides and at all of those involved in the planning and the suffering of those who would have avoided the conflict at all costs except that of honor.
"Death Before Dishonor" is an archaic concept in the society of today but these men lived in a world that truly believed that honor and duty should be respected before all else.
I am looking forward to the release of this book.

Thank you, Alixz, for your kind and interesting comment. Growing up among English grandparents and great aunts who had been greatly affected by the war, the ‘causes of the First World War’ that we were taught in school made so little sense. The connection between the death of some northern English farmers, workers and family men and the murder of an unknown archduke in a place that they had probably never heard of, made even less sense. While writing this book – and there is a great deal more to be developed in the subsequent books of the trilogy – I was repeatedly struck by the disparity between what actually happened and the way in which ‘history’ has presented some of the leading ‘players’ (notably Nicholas, Wilhelm and Franz Ferdinand).
Your mention of ‘Death Before Dishonour’ is very interesting and you are surely right about the importance of that concept in those days and the way in which that idea compelled the emperors to take the decisions that they did. At the same time, it is clear that they were often deliberately misled by ministers and the one man who, perhaps, had the clearest vision of how the times were changing and the extent of the manipulation taking place, was murdered in Sarajevo. One of the most moving things for me, was the realisation that when Wilhelm visited Franz Ferdinand only a week or so before his (FF’s) murder, they discussed greater co-operation with Russia and her allies, as a means to maintaining peace.
As with everything else in history (and much more besides) it seems there is far, far more to what actually happened than first meets the eye.
Thank you, again, for your comment and I hope you will enjoy the book :-)

I am soooo looking forward to these books !

I've wanted this book for some time and just ordered it with gift card received for Christmas. Looking forward to it!

Thank you so much for your comment and for buying the book! I hope that you enjoy it and may I wish you a very Happy Christmas!