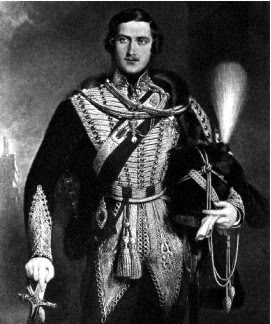 It is a great pity and a travesty of the truth that Prince Albert has come down through history as a rather dour person when, in his lifetime, he was known for his great sense of humour.


In his youth, he was particularly fond of practical jokes, and as I am currently in the process of creating a book about him and Queen Victoria as parents, I have come across numerous accounts of his pranks and escapades. One which particularly amuses me concerns a time when he was travelling with his cousin and friend, Arthur Mendsdorf, and, as their carriage approached a post house where they were to change horses, quite a crowd gathered, eager to observe the illustrious occupants. Prince Albert instantly dived to the floor and, urging his cousin  to do the same, had his favourite greyhound, Eos,put her head out of the window to the bemusement of the crowd!


Well, I think that such a beautiful creature deserved the applause and her moment of glory!