(The answers to yesterday's quiz are below)


In honour of the anniversary of the death of Prince Albert and Princess Alice, my book, "Dear Papa, Beloved Mama" will be available in Kindle format for only 99p (a 77% discount) between 8 a.m. and 10 p.m. GMT on Monday 14th December. (This applies also to the US version of Kindle) 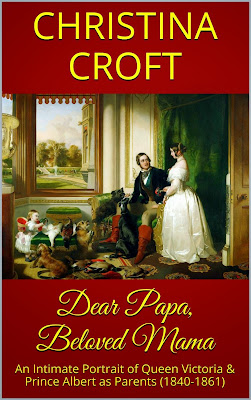 How Well Do You Know...Royalties at War in the 19th/early 20th centuries?
1. Which branch of the armed services was established in 1902 and named after the then Queen of Great Britain?
Queen Alexandra’s Royal Army Nursing Corps
2. Whose son was killed in action by having his throat slit with a bayonet in 1916?
Margaret (Mossy) of Prussia/Hesse-Kassel
3. Which of Queen Victoria’s grandsons narrowly escaped death at Colenso when a bullet passed through his wallet?
Christian Victor
4. How was George V seriously wounded while reviewing the troops in France during WW1?
He was thrown from his horse
5. Which of the Kaiser’s sons was wounded in the Battle of the Marne?
August William
6. En route to which campaign did Henry of Battenberg die?
The Ashanti Campaign
7. Whom did Tsar Nicholas II replace as the active Commander-in-Chief of the Russian armies in WW1?
Grand Duke Nikolai Nikolaivich
8. In the uniform of which regiment did Grand Duke Serge ask to be buried (but his body was too badly damaged for his request to be honoured)?
Preobrajensky
9. Which granddaughter of Victoria of Hesse hid a Jewish family in her home during WW2?
Alice Battenberg/of Greece
10. Where was Maurice of Battenberg killed in action in 1914?
Ypres
11. Which of Queen Victoria’s grandsons served as aide-de-camp to Sir John French during WW1?
Prince Arthur of Connaught
12. Who was awarded the Fenian Medal for resisting the Fenians in Canada during the Battle of Eccles Hill?
The Duke of Connaught
Posted by Christina at 11:55