How Well Do You Know...19th/early 20th Century Royal Humour?

How Well Do You Know...19th/early 20th Century Royal Humour?
1. When, according to her granddaughter, Alice of Albany, did Queen Victoria say, “We are not amused”?
2. How did the Kaiser offend Ferdinand of Bulgaria in what he viewed as a light-hearted prank?
3. What creature did Waldemar of Prussia release under his grandmother’s desk?
4. When a young Prince Albert put cheese into the pockets of a visiting lady, how did she take her revenge?
5. What did Lily Langtry playfully pour over Edward VII, causing him great offence?
6. As a punishment for what prank were Vicky and Alice forced to apologise to a maid and to buy her a new set of clothes?
7. What did George and Eddy of Wales do when Queen Victoria chastised them for their appalling behaviour at dinner?
8. What did Queen Victoria say when a lady presented her with an ostrich egg on which she had painted her name?
9. What prank a young Prince Albert and his companion play on the crowds who were waiting to greet their carriage?
10. How did Franz Ferdinand’s parrot create a good deal of laughter when it escaped to a nearby park?
11. How, much to Queen Victoria’s amusement, did an elderly and deaf admiral respond when she asked how his sister was?
12. What, much to the amusement of the court, did a tall and powerful African chief ask for when Queen Victoria invited him to choose a gift? 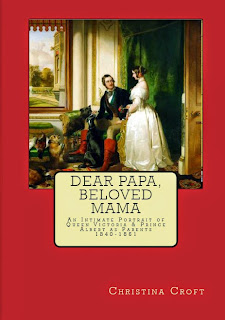 How Well Do You Know...19th/early 20th Century Royal Interests & Hobbies?
1. Whose interest in human biology shocked Queen Victoria?
Princess Alice’s
2. What did George V reply when told that ‘some damned fool’ had spent a fortune on a stamp?
“I was that damned fool.”
3. Which of Queen Victoria’s sons taught himself to play the violin?
Alfred
4. Which of Kaiser Wilhelm’s interests took him to Corfu shortly before the outbreak of war?
Archaeology
5. Which of Queen Victoria’s grandsons developed an interest in homeopathy?
Arthur of Connaught
6. What sport did Henry of Prussia introduce into the German navy?
Boxing
7. Whose interest in art led him to establish an artists’ colony, the workshop of which was named in his honour?
Ernest Ludwig of Hesse
8. Which of Queen Victoria’s grandsons played the violin for her as she lay on her deathbed?
Leopold Battenberg
9. Where did George V participate in a shoot in which 3,900 pheasants were killed in one day?
Hall Barn
10. Which Queen wrote books under the pseudonym Carmen Silva?
Elizabeth of Roumania
11. What was the name of the suffragette who was trampled by George V’s horse at the 1913 Derby? (An extra 5 points for the name of the horse!)
Emily Wilding Davison, and the horse was Anmer...I’ll have to take the anthem on trust!
12. What was the name of Queen Victoria’s book describing her experiences in Scotland?
Leaves from a Highland Journal (and More Leaves from a Highland Journal)
Posted by Christina at 08:30

Interesting that the Grand National horse was called Anmer - any link to Anmer Hall on the Sandringham estate?

I don't know, Marilyn, but it seems very likely.